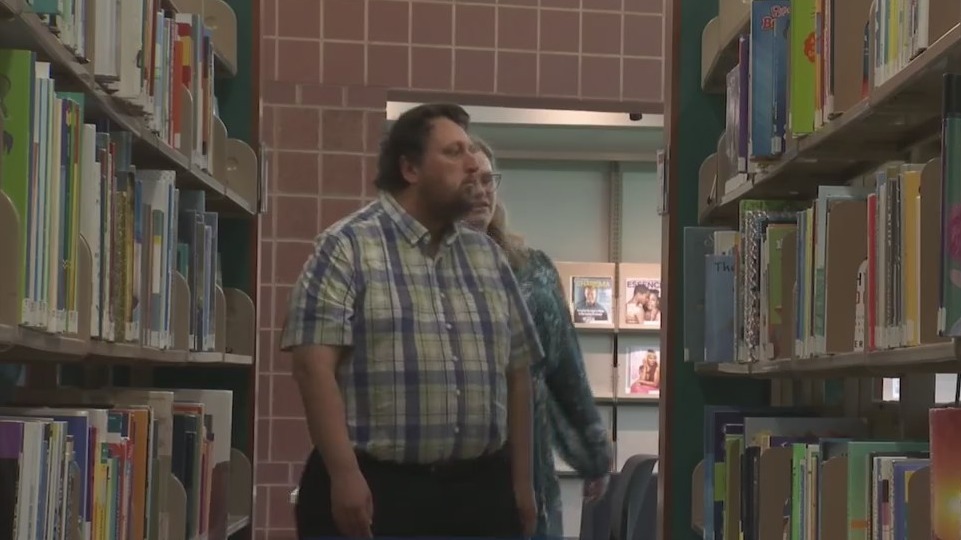 COLUMBUS, Ohio (WCMH) – A local man said he was grateful to the staff at the South High Branch of the Columbus Metropolitan Library for their help on his decades-long journey.

At 46, Terry Magers overcame several obstacles to earn his college degree, spending several hours a week at the library.

“I couldn’t ask for a better group of people here at South High Library,” Magers said.

Over the past six years, he has learned to take advantage of library resources while taking college courses online.

“The actual library resources, they did so much research for me between tests,” Magers said. “I would have access to printing.”

At 21, Magers was forced out of college and worked two jobs to make ends meet. As he grew older, he was diagnosed with seizure disorder and post-traumatic stress disorder after watching his half-sister and nephew die in a car accident.

“And I was put on disability for the seizure disorder,” he said.

Do you need a graduate degree to compete right now? Probably not

The University of Phoenix has an online program with an ADA accommodation for its disability. So, at the age of 40, with the help of library staff, Mager began her journey towards a degree in psychology.

“I have in my heart that if I can make a difference in the life of just one person before this Earth, I have accomplished something,” he said.

Staff members who helped Mager on a daily basis said they welcome students of any age or learning ability to come to the library and take advantage of its resources.

“So we have subscription databases to do research in a lot of different areas,” said librarian Tessa Grindle-de Graaf. “We also have a few different resources like Help Now and Job Now where you can practice all kinds of skills and build your tech skills, do your resume, get live tutoring.”

When he finally graduated this spring, Mager stopped by the library to express his gratitude to the staff for their support.

“I cried, I got very emotional,” Grindle-de Graaf said. “I’m very lucky to know Terry’s story and that he shared it with me.”

Mager has been overwhelmed by the response a library social media post of his achievement has received and hopes to inspire others on their journey to higher education.

“If you dream of going to college, go ahead and finish it,” he said. “Anyone can do anything if you put your mind to it.”

Mager works as a high school sports official and said it’s a way to actively participate in the community. He added that he now plans to get a master’s degree in order to become a counselor for adolescents and troubled young people.