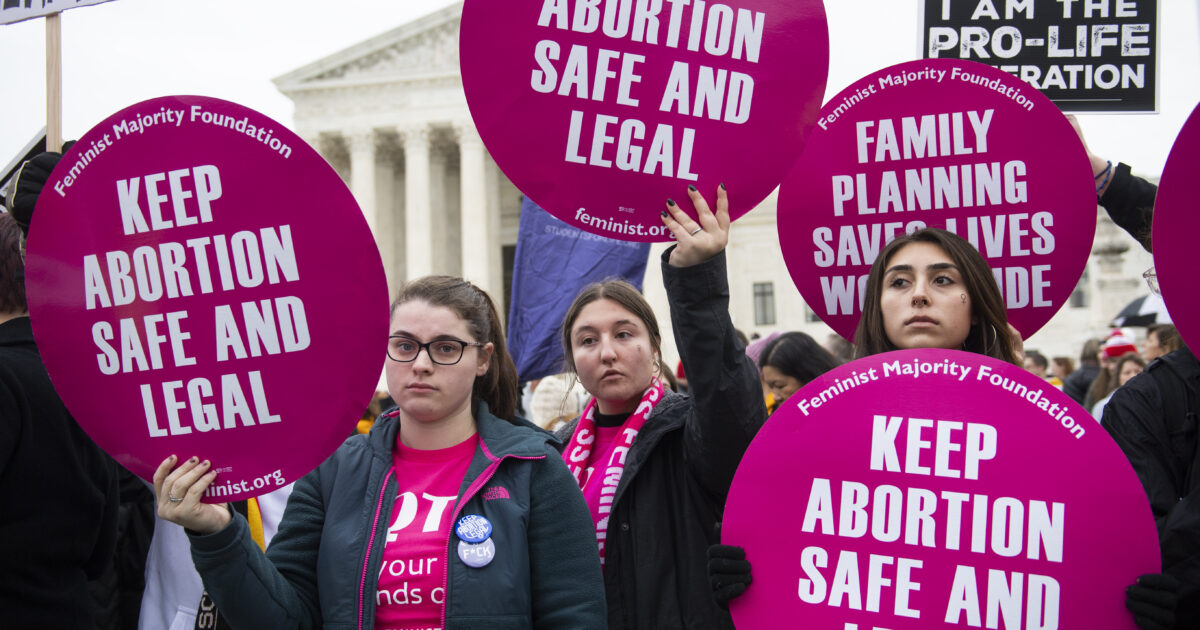 80% of Americans say sometimes abortion should be legal – Reason.com


Americans remain fairly divided on the morality of abortion. In one new Gallup poll, 47 percent of those polled said abortion is morally acceptable, while 46 percent said abortion is morally wrong. “The 47% who say it is acceptable is, by two percentage points, the highest Gallup has recorded in two decades of measurement,” notes the polling body.

Over the past 20 years, the split between the number of Gallup poll respondents saying abortion is morally acceptable and those saying it is morally unacceptable has hovered over a wide range, from zero to 20 percentage points.

“Americans are generally more inclined to say that abortion is morally wrong than morally acceptable, although the gap has narrowed in recent years,” Gallup reports.

In 2020, the gap between the two positions was three points, slightly lower than this year, but with a higher percentage of respondents (47% vs. 44%) saying abortion is morally wrong.

As expected, Democrats are more likely than their Republican counterparts to find abortion morally acceptable. And during the Gallup poll, Democrats and Independents became more likely to share this point of view.

In the latest poll, 64% of Democrats, 51% of Independents and 26% of Republicans said abortion was morally acceptable.

“The nearly one-third of American adults who support completely legal abortions is the highest percentage since the early to mid-1990s, when it was consistently at that level,” Gallup points out.

But of those who think it should be sometimes legal, many would only see it in narrow circumstances:

Perhaps this explains why the legal / illegal divide is so different from the morally acceptable / unacceptable and pro-choice / pro-life divides.

Just as the public is equally divided in their beliefs about the morality of abortion, they are also about equally likely to personally identify as ‘pro-choice’ (49%) compared to ‘pro-life’ ( 47%).

Americans have been narrowly divided in how they identify their positions on abortion in recent years. Since 1998, an average of 47% of American adults consider themselves pro-choice and 46% pro-life. Between 1995 and 1997, the public leaned more for choice (52%) than for life (38%), on average. 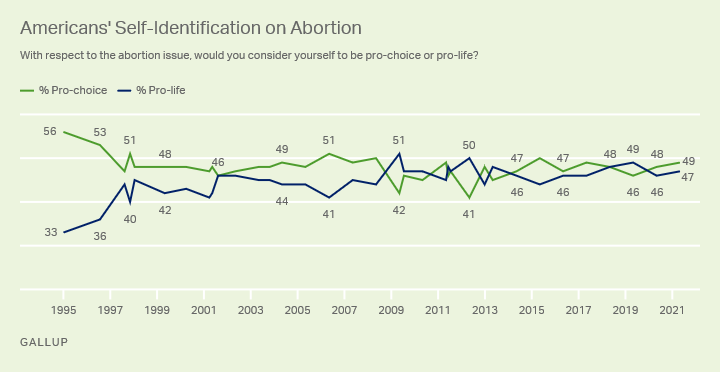 The Gallup poll was conducted May 3-18 and involved a sample of 1,016 American adults. Based on the question, the margin of error was ± four at five percentage points.

The 8th U.S. Court of Appeals, in a ruling on Wednesday, upheld an injunction from a lower court of the law, which would ban the procedure after eight weeks of pregnancy. The law also specifies that an abortion cannot be performed “solely because of a prenatal diagnosis” indicating that a child could have Down syndrome.

The three-judge panel ruled that Missouri law amounted to a ban, rather than a restriction, on the process.

Three police officers in Columbus, Ohio, face criminal charges stemming from their treatment of police anti-violence protesters last May. Charges are part of investigation by special prosecutor and independent investigator in the event of suspected misconduct during demonstrations following the murder of George Floyd. This prosecutor, Kathleen Garber, said the investigation was ongoing.

So far, the cops in Columbus have been charged with offenses such as assault, dereliction of duty, tampering and infringement of civil rights:

Constable Traci Shaw has been charged with three counts each of assault, dereliction of duty and violation of civil rights, after a video taken at the event allegedly showed Shaw getting out of his car from police and spraying pepper. A witness said Shaw did so without provocation or warning, according to the complaint.

Officer Phillip Walls has been charged with two counts each of assault, dereliction of duty and violation of civil rights, after video allegedly showed him pepper spraying “peaceful protesters who stand on the sidewalk, “according to a complaint.

Sgt. Holly Kanode was charged with one count of forgery and one count of dereliction of duty, after allegedly telling an officer filling out an arrest report that the individual “grabbed another officer and threw him in. ground with his equipment ”, despite body camera evidence to the contrary, according to a complaint.

Biden rescinds Trump’s TikTok ban. The Biden administration is falling the pursuit by its predecessor of an American ban on applications of Chinese origin TikTok and WeChat. But the new administration “will conduct its own review to identify national security risks with China-related software applications,” Remarks Al Jazeera. “A new executive decree on Wednesday ordered the Commerce Ministry to undertake what officials described as an ‘evidence-based’ analysis of transactions involving apps manufactured, supplied or controlled by China.”

• Texas Attorney General Ken Paxton is under investigation by the State Bar Association. The organization is seeking to determine whether its “unsuccessful efforts to overthrow the 2020 presidential election on the basis of false allegations of fraud constituted professional misconduct.” reports The Associated Press.

• Oregon lawmakers having approved a measure prohibiting cities from imposing fines or arresting homeless people “for sleeping or camping on public property when there are no other options”.

• Are holograms the future of remote chat?

• “The yield on the 10-year Treasury bill, which helps fix borrowing costs on everything from corporate debt to mortgages, closed at 1.489% … its lowest since March 3,” Remarks the the Wall Street newspaper.

• “A Los Angeles County Sheriff’s Deputy has been charged with assault and tampering with evidence resulting from an arrest she made in Lancaster two years ago,” Los Angeles Times reports.