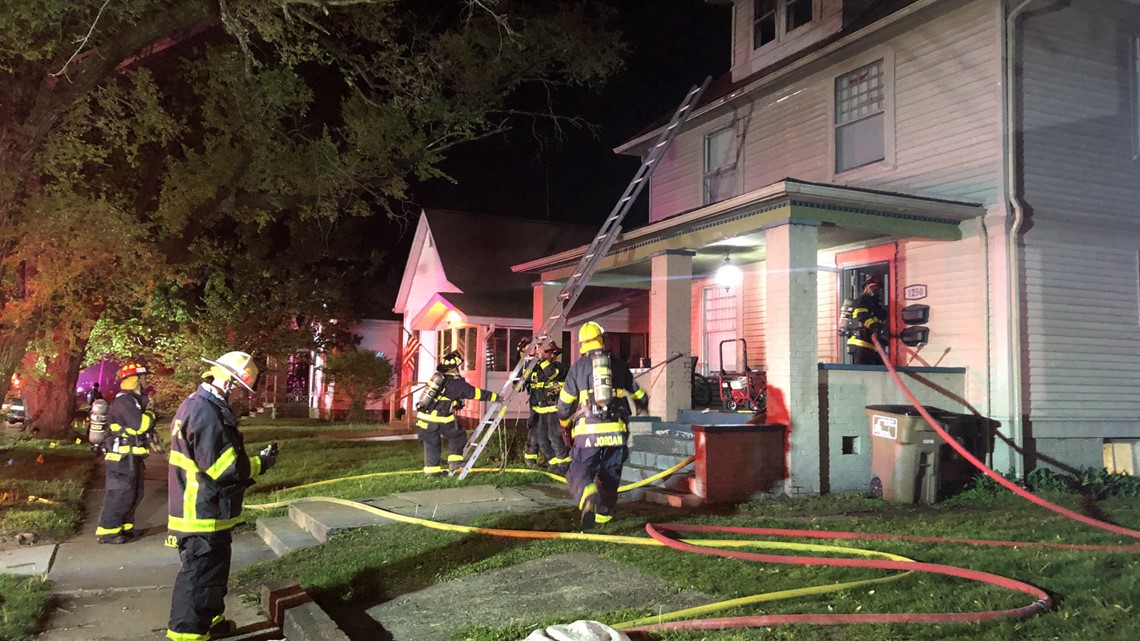 Firefighters are still investigating the cause of the fire, but at this stage they believe it was electrical in nature.

Firefighters were called just before 11:30 p.m. Sunday to a house fire in the 1200 block of Lafayette Avenue near Indianapolis Road and 11th Street.

When firefighters arrived, the house was in flames. They were able to put out the fire and speak with residents, who told them the eight people living in the house had gotten out safely.

According to the Columbus Fire Department, two people who lived in the house were sitting on the porch when they began to smell smoke. They initially thought the smell was coming from a nearby fireplace and ignored it.

It was only after the two men saw smoke and then witnessed what they described as “fire reflecting off the windows” of a nearby house that they realized that their house was on fire.

The two men ran into the house and dragged the other six people out.

Firefighters are still investigating the cause of the fire, but at this stage they believe it was electrical in nature.

Damage to the home is estimated at $60,000. Due to the damage, the tenants have been relocated and are currently receiving assistance from the Salvation Army.