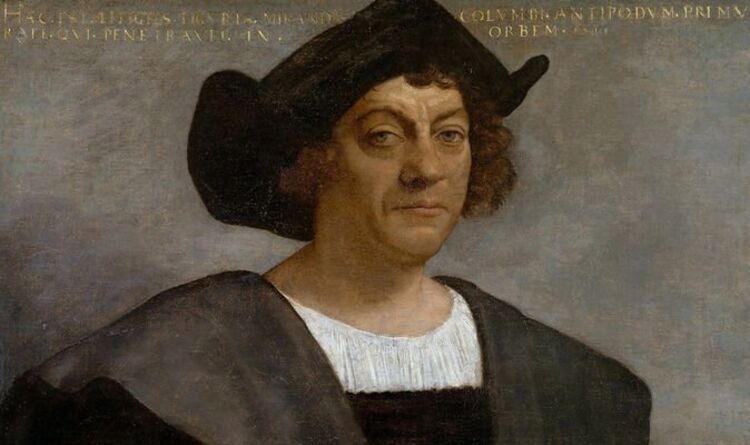 Archaeological breakthrough during the discovery of the first tomb of Christopher Columbus: “We got it!” | World | News

Columbus’s burial place has been a mystery for some time. He was first laid to rest in Valladolid, a city in northwestern Spain, three years after his death in 1506. However, the exact location of this first grave has never been confirmed until now. . After being buried in Valladolid, the remains of Christopher Columbus were taken to his family’s mausoleum in the southern city of Seville, and were moved several times over the following centuries before returning to Seville in 1898.

In 1544, his remains were moved from Seville to Santo Domingo, which is the capital of the Dominican Republic, in accordance with the instructions he left behind.

In 1795 his bones were moved to Havana before being sent back across the Atlantic and returned to Seville in 1898.

In 2005, researchers from the University of Granada used DNA samples to confirm that it was indeed the remains of Christopher Columbus that were left in the Seville tomb.

Researchers have now determined that he was first buried in the Convent of San Francisco in Valladolid, which no longer exists.

This was revealed by a study by the Naval Museum of Spain.

The site is currently a commercial area near the spacious Plaza Mayor, a wide pedestrianized expanse surrounded by red-painted arcaded buildings.

The researchers used lead, brick and gold samples from the Seville burial report to find the match with the burial place in Valladolid.

Marcial Castro, who led the search, said: “I was tasked with identifying where Christopher Columbus was buried from these threads of gold, silver, nails, lead, bricks and to my surprise we got it.”

But the navigator has also long been accused of transporting syphilis, a sexually transmitted infection, from the Americas to Europe through his crewmen.

While Spanish researchers are convinced they have found the true burial place, the Dominican Republic has maintained that the navigator rests in the cathedral of Santo Domingo, in a coffin found in 1877 with the inscription “Christopher Columbus”.

This claim is due to the fact that the bodies of the explorer and his son were transferred from the Iberian Peninsula in 1523 to Hispaniola – a territory now divided between the Spanish-speaking Dominican Republic and French-speaking Haiti – where Christopher Columbus wanted to be buried. .