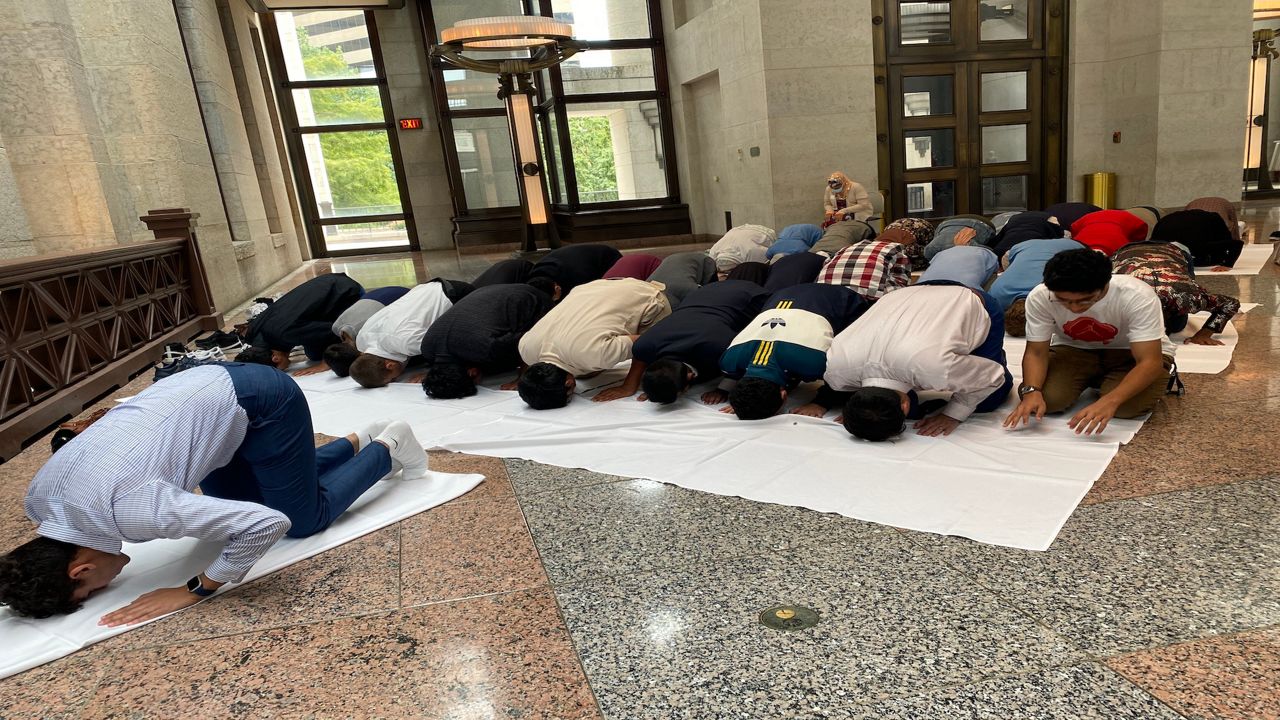 For many, religion has been the root of change both in Ohio and abroad.

Mahsa Amini, 22, was apprehended by Iranian morality police for not wearing her hijab properly. After being taken to hospital, she was later pronounced dead.

Communities in Iran and abroad have come together to speak out and demand change.

“We always stand with those who speak out against oppression, speak out against tyranny, and we are fortunate to live in the United States, where those freedoms are respected,” said Amina Burhumi, Acting Executive Director of CAIR Ohio. .

While Muslims in Iran continue to struggle against repression, Muslims in Ohio struggle against oppressive laws and policies. CAIR Ohio gathered dozens of Muslims on Tuesday to learn about existing bills like House Bill 353 that deals with excused religious absences for state colleges and universities.

The House passed the bill in May and it is currently awaiting a hearing by the Senate Manpower and Higher Education Committee. As the bill’s movement through the legislature marks progress, Kareem Azrek, an eighth grader from Columbus, said there must be policies and laws that address the elementary education curriculum. He hopes to make it more inclusive.

“For history and that kind of stuff, we just learn about the history of the United States, things that happened in the past like World War II, but I feel like if you learn about different religions, more people can learn about the students in their class,” Azrek said.

Earlier this year, Governor Mike DeWine signed Senate Bill 181, which protects students’ right to wear a hijab in school sports and extracurricular activities. CAIR Ohio was integral to this legislation and said that while progress is slowly being made, there is still a long way to go.

“There are laws and institutional injustices happening and it is our responsibility to speak out against that and that is why we are here today,” Burhumi said.

CAIR Ohio is also calling for broad policies alongside Ohio’s anti-bullying law in an effort to protect Muslims from discrimination or ridicule for religious or cultural practices. For a full view of CAIR Ohio’s mission, click here.