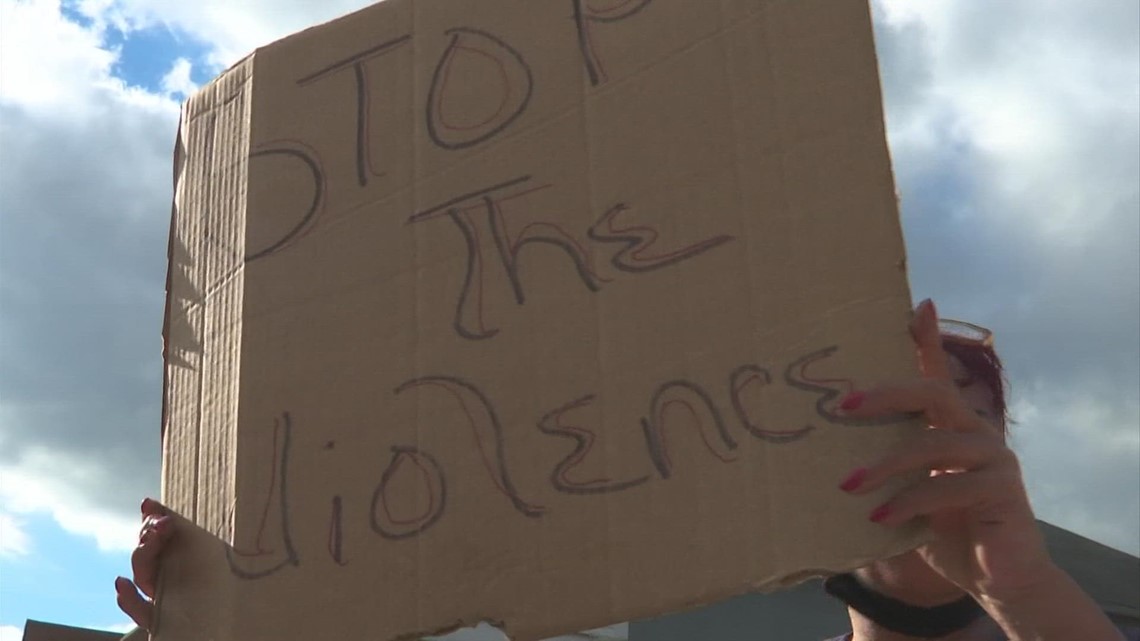 Two people were injured in a shooting at a community event over the weekend. Now a victim has come back to oppose gun violence.

COLUMBUS, Ohio – Over the weekend, two people were injured in a shooting at a community event in southeast Columbus. Now one of the victims has returned to that same area, side by side with community activists from across the city.

“I’m doing pretty well, I’m glad it’s just in my leg, in my thigh,” said Kesuan Stanly, who was shot in the leg on Saturday.

Stanly was attending the We Are the South community event when he and another man were shot.

Columbus police have yet to release details of a suspect or any other information regarding this case.

Stanly and band founder Terry Evans tied the knot on Tuesday, ensuring the job of giving back was done. They distributed clothing, food and resources to community members.

“We wanted to come out here and let the community know that, yeah, something happened, but we’re not defined by that,” Evans said.

This time, Evans was joined by Linden activists including Derrick Russell, Dwayne Dunbar and Ralph Carter. They joined arms together, praying and rallying against gun violence in the city.

“It lets you know you’re not alone, you’re not doing it on your own, there are actually other like-minded people out there,” Evans said.

Stanly has lived his entire life in the Southeast community and said he has never seen people rallying against gun violence.

“Not everyone is bad, so I don’t know what made them do it. But I know not everyone here thinks of having a kids event. They’re probably just a bad person. , a bad thought,” Stanly said.