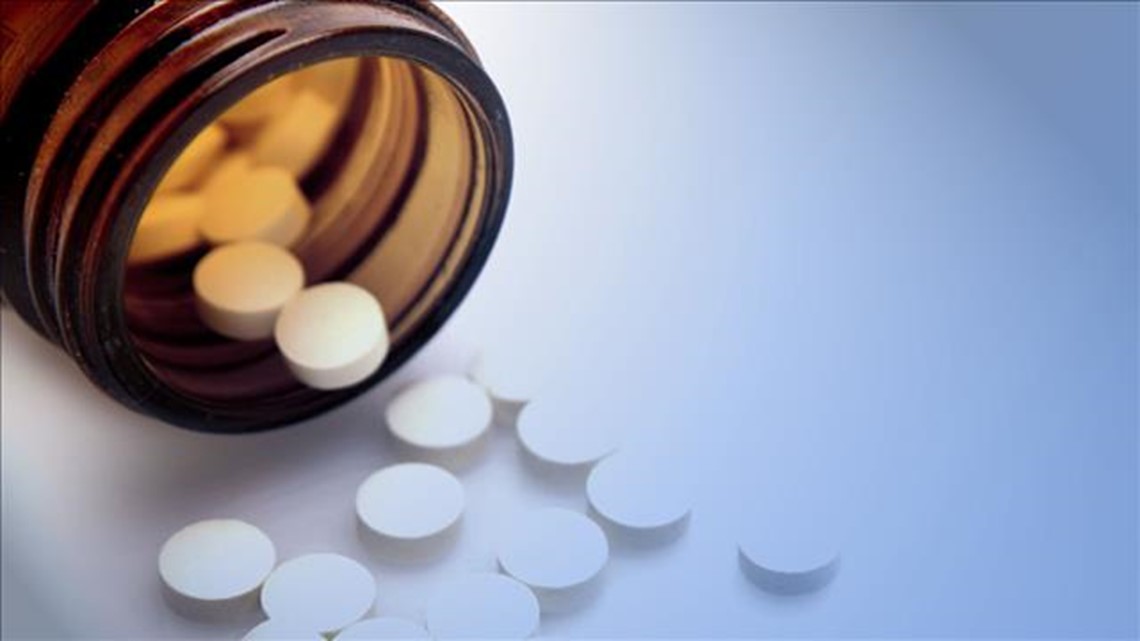 COLUMBUS, Ohio — A new Drug Enforcement Administration initiative, “One Pill Can Kill,” reveals how drug rings appear to be flooding the United States with deadly fentanyl.

In Franklin County alone, fentanyl overdose deaths increased 13% between 2017 and 2021, according to the coroner’s office.

Last spring, the accidental overdose deaths of two students attending Ohio State University shone a light on the issue of fentanyl use among college students.

Now that students are back on campus for the fall semester, the university has implemented a new drug and alcohol prevention program to promote health and safety in the college community.

Hundreds of families are affected by fentanyl deaths in Ohio each year.

Anthony Lafferty experienced the heartache associated with losing someone to an overdose after his son, TJ, overdosed on fentanyl in 2021.

Anthony and Jeannie Lafferty’s son, TJ, was the life of the party.

“He would come and joke with you, constantly. It didn’t matter that he was sad, happy. He was there. He made you happy,” Jeannie said.

While he was known to occasionally smoke marijuana with friends, his parents say the 31-year-old would never try fentanyl.

“They found over 2,000 milligrams of fentanyl in him,” Anthony said.

Michelle Spahn, assistant special agent in charge of the DEA’s Columbus District Office, said four of the 10 pills they seize and submit to the lab for testing contain a lethal dose of fentanyl.

The DEA warns that cartels are mixing certain pills like Adderall and Percocet with fentanyl, all in hopes of hooking young adults.

Many college students may think they are taking a harmless pill to help them study, but even just one pill can be deadly.

In May, Columbus and Ohio State public health officials issued warnings about possible Adderall pills containing fentanyl on campus. That same week, police were called to a house on East Lane Avenue after someone called 911 claiming his roommates were overdosing.

“I just came downstairs and one of my roommates and two of her friends passed out,” the caller told dispatchers.

Tiffany Iler, 21, and Jessica Lopez, 22, both died of a fentanyl overdose during this incident.

These were two of 17 suspected overdoses that occurred that day in Franklin County.

Iler’s father opened up about his daughter’s death in July.

“She breathed her last and that was it. I never thought I would see my daughter breathe her last. I thought she would bury me,” Rich Iler explained.

Rich Iler said he didn’t know there was a fentanyl problem.

It’s a world the DEA says everyone needs to be aware of today.

“That’s why it’s important for parents to have the conversation with the kids so they don’t buy anything on the street because you don’t know what it is. It’s like playing Russian roulette,” Spahn said.

Spahn explained that the DEA confiscated enough fentanyl from the United States last year to kill every American.

The DEA says drug poisoning is the number one killer of Americans between the ages of 18 and 45.

The warning now? A pill can kill.

“People think they want to try. I’m telling you now, go kiss your mommy and daddy because that’s going to be the last time you see them,” Anthony Lafferty warned.

Here are the top 10 places buyers can get an offer