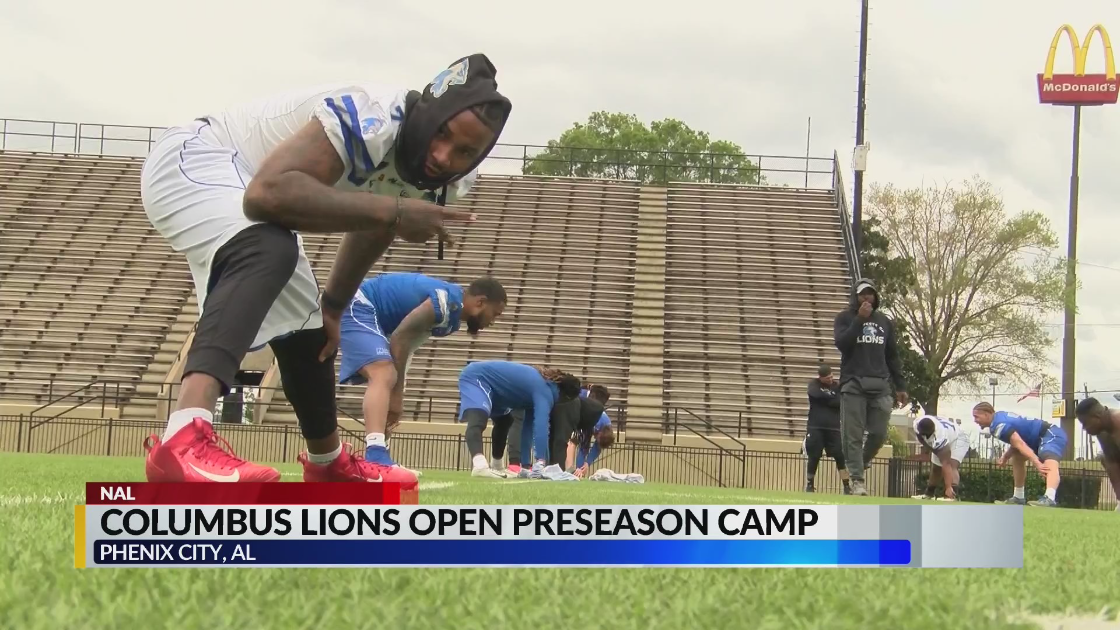 Columbus, Georgia (WRBL) – The Columbus Lions are back in preseason camp to prepare for the 2022 National Arena League season. Last season, the Lions clinched their ticket to the NAL Championship game, but fell to Albany Empire.
Although they will be playing in the NAL again this season, new rules will be put in place. The “Iron Man” rules are back for the 2022 season. In short, this means that most players on the roster will play offense and defense. Only 4 “specialists”, two offensive players and two defensive players, will be assigned to play on one side of the ball.

For many players who will suit Jason Gibson’s Lions, they are excited about the new rules for the upcoming season. Jarmon Fortson, a dynamic wide receiver, is used to taking on multiple roles for Coach Gibson.

“Oh, I love that too. You know Coach Gibson always asks me to play different sides of the ball. Defensive side, offensive side so for me it’s just having fun man. Losing 20 pounds this summer, I mean this winter, is very important. So I think I’m pretty well prepared for the conditioning part,” said Jarmon Fortson.

There will be more challenges for players in defensive and attacking roles, but the team believes there is more excitement for games this season.

Yes, I’m excited, it brings more excitement to the game. You have a lot of athletes on this team who are ready to play on both sides of the ball. They were jumping for joy once they changed that rule,” defensive back and receiver Rodney Hall said.

Columbus will start its season at home against bitter rivals the Jacksonville Sharks on April 23.

Crisis and Redemption: A Fund of Lessons