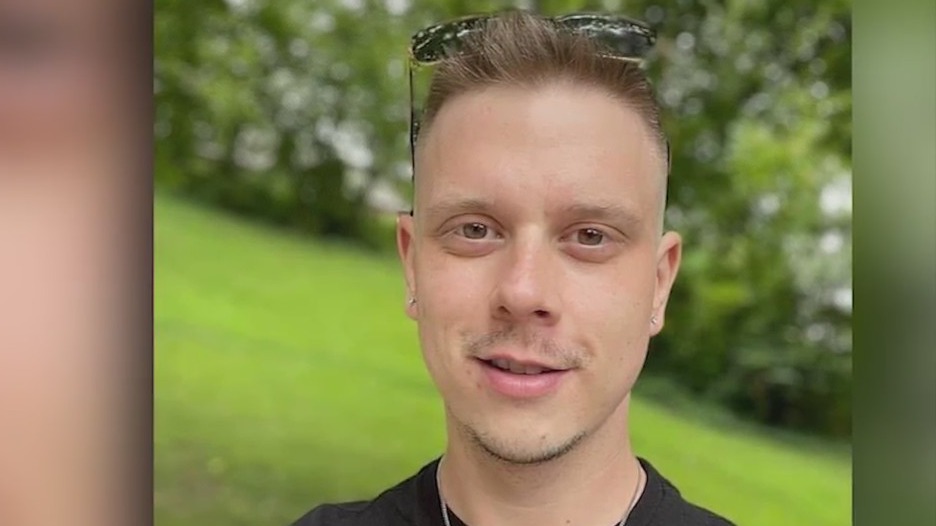 Columbus Police are looking for hit and run suspects

Those who knew him best say that Dustin Goyetche, 32, had much to be happy about.

“He celebrated a year of sobriety not so long ago, had lost a lot of weight, then Shawn…” said Chris Groves. “You would see pictures of them on Facebook and I’ve never seen them happier.”

The couple were a few blocks from Dustin’s apartment when the collision occurred at the intersection of 4th and Broad in downtown Columbus.

According to an accident report filed by police, a westbound vehicle on Broad Street turned on a red light, hitting the passenger side of Dustin’s vehicle. The vehicle skidded on the street, on the sidewalk and in a Credit Union of Ohio building on Broad Street.

Goyetche and Mills were taken to Grant Medical Center a few blocks away. Goyetche was in critical condition.

“The only thing Shawn remembers that night is Grant’s staff slapped him in the face to wake him up and tell him his partner wasn’t going to be okay and he had to. say goodbye to him. So they held hands when Dustin passed away, then the next thing Shawn remembers – he woke up in the hospital and Dustin wasn’t there, ”Groves said. “This love that I love to see between my two friends is something that I will never see again. It is a love that we all hope to have one day.

Witnesses said they saw four men exit the other vehicle involved in the collision. These men abandoned the vehicle and set off on foot north.

This vehicle was reported stolen by Columbus Police, however, police would not say if the vehicle owner is a suspect in their investigation. Thursday afternoon, no arrest had been made.

Mills is expected to make a full physical recovery.

“Finding the people who did this will help Dustin’s family. It will help Shawn and it will help Shawn to know that Dustin got justice, ”Groves said. “I think the emotional pain is going to be a longer road than the physical pain.”