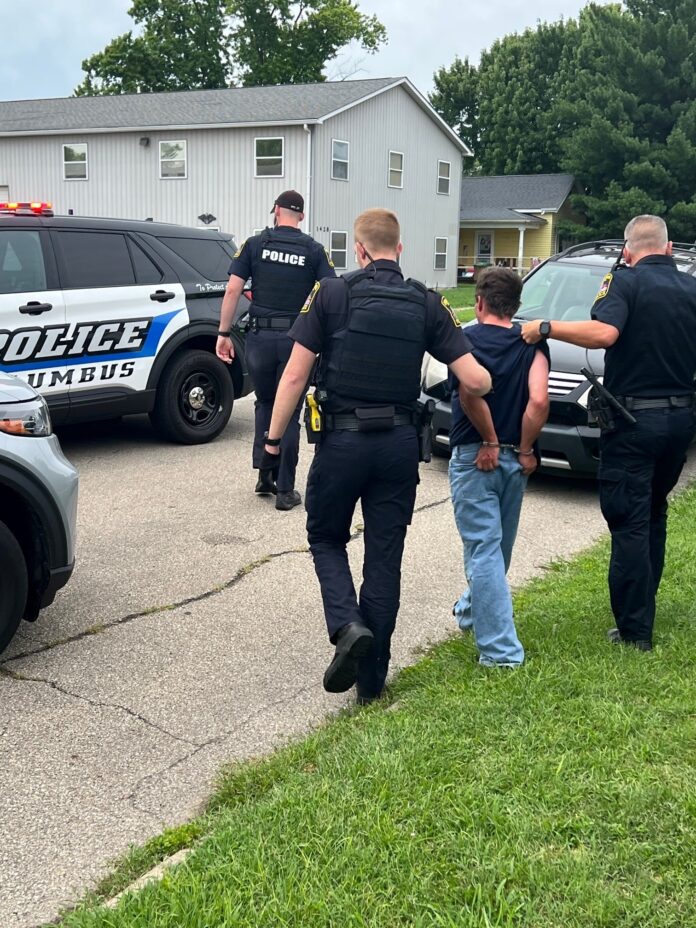 Shortly before 3 p.m., a CPD officer stopped a speeding truck in the 1400 block of Central Avenue. The driver of the truck, who was later identified as Ronald D. Estes, 45, got out of the truck and refused to follow the instructions of the law Enforcement Officer. Estes got back into the truck shortly after and walked away from the officer, said Lt. Matt Harris, spokesman for the Columbus Police Department.

A A vehicle chase ensued in which Estes allegedly ignored a number of traffic lights and signs, Harris said.

Estes exited the truck in the 1400 block of Lafayette Avenue and attempted to evade officers on foot. It was apprehended nearby soon after, Harris said.

Estes was placed under arrest, transported to Columbus Regional Hospital for jail clearance and later returned to Bartholomew County Jail on subsequent preliminary review charges:– Driving a vehicle as a habitual traffic offender– Resist law enforcement with a vehicle– Driving a vehicle without having received a license– Dangerous driving

For more on this story, see The Republic of Thursday.