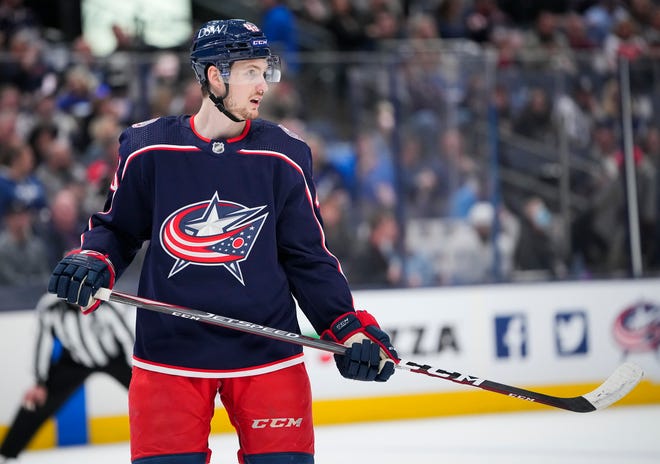 Dean Kukan is preparing to return to Switzerland

After seven seasons with the Blue Jackets organization, defenseman Dean Kukan does not plan to return this fall.

Kukan signed a two-year, $3.3 million contract extension in 2020 and will become an unrestricted free agent on July 13. While competing for Switzerland at the IIHF World Championships in Finland, he told Swiss reporters his intention was to play in the National League in Switzerland next season.

“I wanted to play in the NHL and I did,” Kukan told Corriere del Ticino reporter Fernando Lavezzo. “Now I no longer have a contract and I will be 29 this summer. I want a team in which I can play continuously. That’s why I decided to return to Switzerland.”

Kukan signed with the Jackets as an undrafted free agent in 2015 after playing two seasons with Luleå in the Swedish Hockey League. He spent the majority of his first three seasons in North America with the Lake Erie/Cleveland Monsters of the AHL before becoming a full-time NHL player in 2018.

This season, Kukan has played 41 games with the Jackets. He missed time early in the season with a broken wrist, but came back to set career highs in all offensive categories, with three goals and eight assists for 11 total points.

During his seven seasons with Columbus, Kukan played in 153 NHL games and had 30 points.