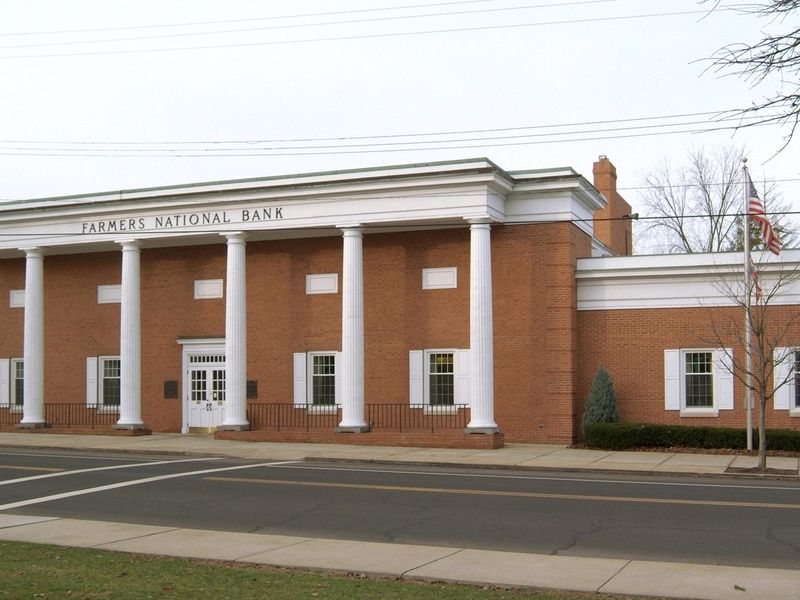 The deal will establish a strong retail presence for the bank in northeast Ohio in segments of western Pennsylvania, where Farmers of Canfield currently operates a loan origination office in Beaver County. This includes a foray into Allegheny County and the Pittsburgh MSA.

Farmers of Canfield chairman and chief executive Kevin Helmick notes that the acquisition is the largest to date for the bank in terms of asset size.

Upon closing of the transaction, Emlenton Bank will add approximately $1.1 billion in assets and 19 branches to Farmers. This creates a combined institution with estimated total assets of $5.2 billion, $4.5 billion in deposits and 66 locations in northeast Ohio and western Pennsylvania.

“This latest transaction will mark a significant expansion into Pennsylvania markets, which has been a long-standing strategy for farmers,” Helmick said in a statement. “The contiguous expansion will also serve as an entry for farmers into the attractive Pittsburgh market and allow us to provide our strong wealth management and mortgage services to the Emlenton footprint. This latest acquisition will continue to integrate the culture of farmers into new communities and drive value for our stakeholders.”

Under the terms of the transaction, each Emclaire shareholder can elect to receive either $40 per share in cash or 2.15 shares of Farmers common stock, subject to an aggregate limit of 70% of the shares exchanged for shares of Farmers and 30% for cash.

The deal is expected to close by the end of the summer.

Farmers pay a multiple of 10.5 times the last 12 months of net income from Emclaire under the agreement.

Helmick said on a call with investors that Farmers appreciates the potential to capitalize on opportunities in the western Pennsylvania region where he expects to “compete for loan growth in a new demographically rich market.” “.

The Emclaire franchise will benefit from greater lending capacity and technology enhancements through integration with Farmers as well as access to its insurance and wealth management services, which will help it stay competitive on the market.

“We are delighted to join The Farmers National Bank of Canfield and believe the combination will benefit our shareholders, our customers and the communities we serve,” said Emclaire Chairman and Chief Executive William Marsh. , in a press release. “We are thrilled to join such a leading regional banking franchise. We are excited about the new products and services that will be available to our customers and the communities we serve. I believe this partnership will bring great value to the whole family. Enlighten.”

As the seventh acquisition in seven years – including six community banks and an insurance agency – the Emclaire deal builds on what has been a busy M&A streak for Farmers.

Farmers’ most recent deal before Emclaire was the acquisition of Cortland Savings and Banking Co. That deal, valued at $124 million, was announced in June and closed in November with its system conversion in February.

Charlie Crowley, managing director of Boenning & Scattergood Inc., notes that Farmers has done well to grow its business through strategic acquisitions in northeast Ohio, an area in which many western-based banks Pennsylvania have established themselves in recent years.

“It’s interesting that it takes them to western Pennsylvania, where they should be able to find additional growth opportunities,” Crowley said. “A number of Pennsylvania banks have moved into Ohio in recent years – including First Commonwealth, Northwest, CNB Financial and S&T – so this is an interesting example of cross-border movement in the other direction.”