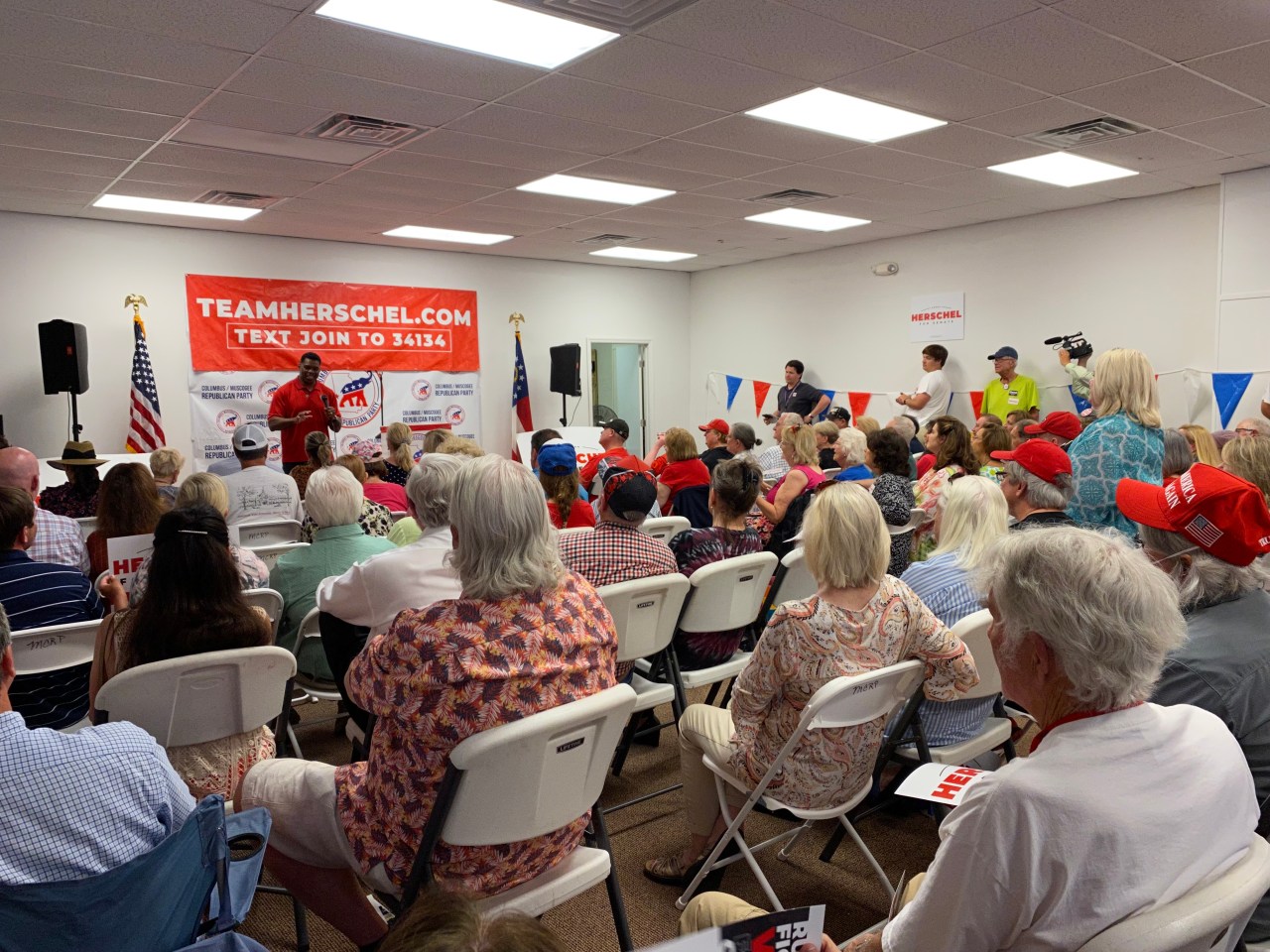 Herschel Walker organizes rally in Columbus; “I win this election. People know I win it.”

Walker is running to unseat Democratic Senator Raphael Warnock. He is one of the biggest names on Donald Trump’s endorsed midterm candidate slate.

After his rally in Valdosta, Walker stopped by the Muscogee County GOP headquarters and was greeted by a packed house of supporters.

Walker grew up in rural Georgia and says he runs to give back to the state that gave him so much.

He says his goal is to move Georgia forward by creating more jobs, lowering taxes and cutting red tape in government. As someone who has struggled with dissociative identity disorder, he is a strong advocate for mental health access. Walker addressed the crime we’ve seen here locally by saying we need to defend our law enforcement, not fund it.

Asked about voter and voter fraud, here’s what Walker had to say,

“I think SB 202 is something good. Get rid of all those drop boxes. And now, trying to get the drop box to the man and also getting people to have ID that matches, that’s going to make a little difference. But if you look back in time, there has always been a problem with elections somewhere. But right now, we have to get it right… I’m winning this election. People know I earn it. And the Democrats don’t like it and I think they know I’m coming. I told him that I was coming and that I will change this thing. Right now. What is happening in this country is not fair.

Do Kwon is not over yet