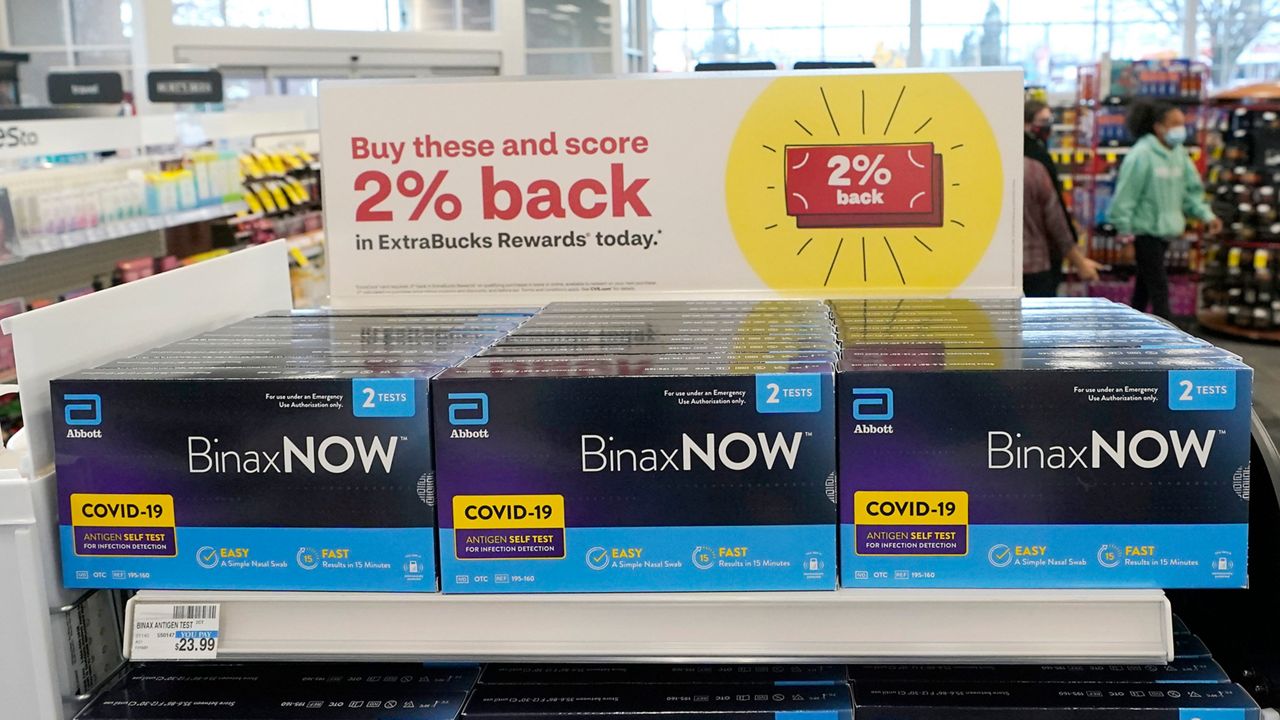 COLUMBUS, Ohio — Insurance companies are now required to pay for in-home COVID-19 testing, but access to testing remains a challenge.

Columbus resident Emily Gehring, 43, said she is in the process of seeking reimbursement for two tests she will use to board a cruise next month.

She researched her insurer’s procedures and discovered that she had to fill out a reimbursement form from the pharmacy. She printed it out and filled out the document, but still has to find an envelope and a stamp to mail it.

“I mean, sure, it would be great if it was online, because then you could take care of it on the spot,” she said. “But I don’t know how long insurance companies have had to prepare for this.”

Since January 15, insurance companies have been required to cover up to eight home tests for each person enrolled in the plan. Some insurers have the option of faxing documents or filling out an online form to request reimbursements.

The federal government has encouraged insurance companies to partner with preferred stores or pharmacies, allowing people to get tested without paying upfront.

For insurance companies that have established such partnerships, they are only required to reimburse $12 for tests purchased from other locations. In many cases, this amount will cover the costs, as many of the most popular tests are sold in packs of two for $24.

Gehring said she is only expecting a partial refund because she bought more expensive proctored home tests, which produce a document of your result that can be used for travel or other purposes.

“When I saw it was only a $12 refund per test, I was a little bummed because it was $60 for two, but getting refunds is better than nothing,” he said. she declared.

Donald Braden, 51, of Columbus, said he was disappointed that people on Medicare could not be reimbursed. According to the Department of Health and Human Services, testing may be covered for people who have a Medicare Advantage plan.

“My fundamental problem is just that standard health insurance doesn’t cover them when private health insurance plans are required to,” Braden said. “As for testing in general, we should have produced more, encouraging routine testing from the start.”

Ohio Sen. Sherrod Brown is among a group of senators calling on the Department of Defense to make testing reimbursements available to service members and their family members who are covered by TRICARE.

On Friday, Brown said things are generally moving in the right direction and more opportunities are opening up for people to get free home tests.

“Ensuring Ohioans can be reimbursed for their tests will help more people get tested, which means more people can return to work, keep their children in school, and prevent the spread of the virus. COVID-19 to their neighbors and loved ones,” Brown said. “I will continue to work on other ways to increase access to testing and make it easier for people to get reimbursed.”

Brown is also pleased that the federal government is now taking orders for its home test distribution program.

The COVIDtests.gov website allows Americans to order up to four tests per household from a pool of 500 million tests. They will begin shipping in late January via the US Postal Service.

“This demand for testing continues to grow nationally and continues to stretch our national supply chain,” he said. “This month, Ohio ordered 1.2 million monitored test kits, but only a fraction of those tests were delivered.”

Clark County Health Commissioner Charles Patterson said Friday he believes federal government purchases are the reason Ohio Health Services has been unable to get its hands on more than tests.

“You don’t have to be a rocket scientist to know where all the test kits are. We used to get weekly shipment, and now we’ve had a few weeks without shipment, but the feds are buying 500 million,” he said.