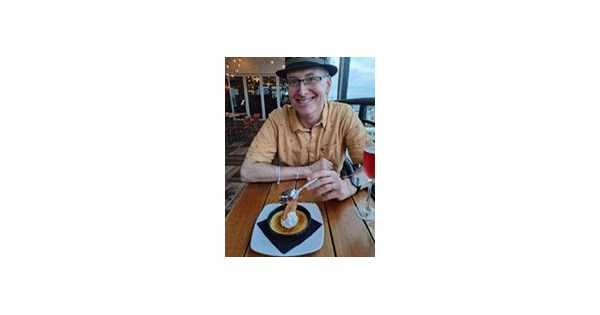 By John Dziedzic Last updated Feb 9, 2022
Share
Jeffrey Dilman
October 22, 1963 – January 22, 2022
Durham, NC – Jeffrey Duane Dillman, 58, died in his sleep in Durham, NC on January 22, 2022. He was born October 22, 1963 in Columbus, Ohio to Arline Ann Speelman and the late Duane Harmon Dilman.
Jeff is survived and will forever be missed by his wife Frances Susan Hasso, his mother Arline S. Dillman, his sister Lisa Michele Dillman, his children Jamal Laith Dillman-Hasso and Naseem Hadi Dillman-Hasso, as well as many friends and relatives. Jeff was known for his wit, kindness and commitment to social justice. He was a devoted baba to Jamal and Naseem and a life partner and comrade to Frances.
Jeff graduated from Carthay Center Elementary School, John Burroughs Junior HS and Fairfax HS (1981) in Los Angeles. He received a BA from UCLA (1986, summa cum laude, Phi Beta Kappa) and a Juris Doctor from Berkeley Law (1989). He was most recently Attorney General and Co-Director of the Fair Housing Project of Legal Aid of North Carolina (2012-2022).
Jeff began his career in Washington, DC, as Associate Legal Counsel for the United Nations High Commissioner for Refugees in the US Office and served as Acting Legal Counsel during supervision assignments (1989-1991). He worked as a visiting scholar for the Palestinian Center for Human Rights Information in Jerusalem, Palestine (1991-1992), where he notably authored (with Musa A. Bakri) the report Israel’s Use of Electric Shock Torture in the Interrogation of Palestinian Detainees (1992). In Michigan, Jeff was supervising attorney for the Asylum and Refugee Law Project and the Haitian Refugee Law Project at the University of Michigan Law School (1992-1998) and Associate Lecturer in law at the Faculty of Law (1996-1997). As an attorney, he worked with Deb LaBelle representing incarcerated women in civil rights cases, as well as indigents in criminal appeals as an attorney on the Michigan Appellate Assigned Counsel System list (1992-1998) . He co-authored the respondents’ factum before the United States Supreme Court in Martin v. Hadix (1999). In Ohio, Jeff was a visiting assistant professor at the University of Dayton Law School’s Law Clinic, representing indigent clients in housing, family law, and petty tort cases (1999- 2000). He was staff attorney for The Housing Advocates, Inc., in Cleveland (2000-2002), work which included writing an amicus brief on behalf of eight organizations before the Ohio Supreme Court in Smith v. Friendship Village of Dublin (2001). As Visiting Assistant Professor of Law and then Associate Professor of Law at the Milton A. Kramer Law Clinic Center at Case Western Reserve University School of Law (2002-2005), he worked on consumer law cases involving predatory lending and home repair fraud. Between 2005 and 2011, Jeff served as executive director of the Housing Research & Advocacy Center in Cleveland.
Jeff was licensed to practice law in the State of North Carolina (2012-2022) and in the State of Ohio (2000-2013), member of the California State Bar (1990-2022) and former member of the state bar. of Michigan (1993-2009).
In lieu of flowers, memorial donations honoring Jeff’s life and interests may be made to any of the following organizations, whose work he has regularly supported: The Rosenberg Fund for Children (https://www.rfc.org /); Resist (https://resist.org/); and Black Mamas Bailout Action by Southerners on New Ground (https://southernersonnewground.org/our-work/freefromfear/black-mamas-bail-out-action/).
A memorial service and reception for family, friends and co-workers to celebrate Jeff’s life will be held outdoors at the North Carolina Botanical Garden in Chapel Hill, NC on March 20, 2022 at 11 a.m. If you would like more information, please send an e-mail to [email protected]

Where to Celebrate Black History Month in Columbus, Ohio