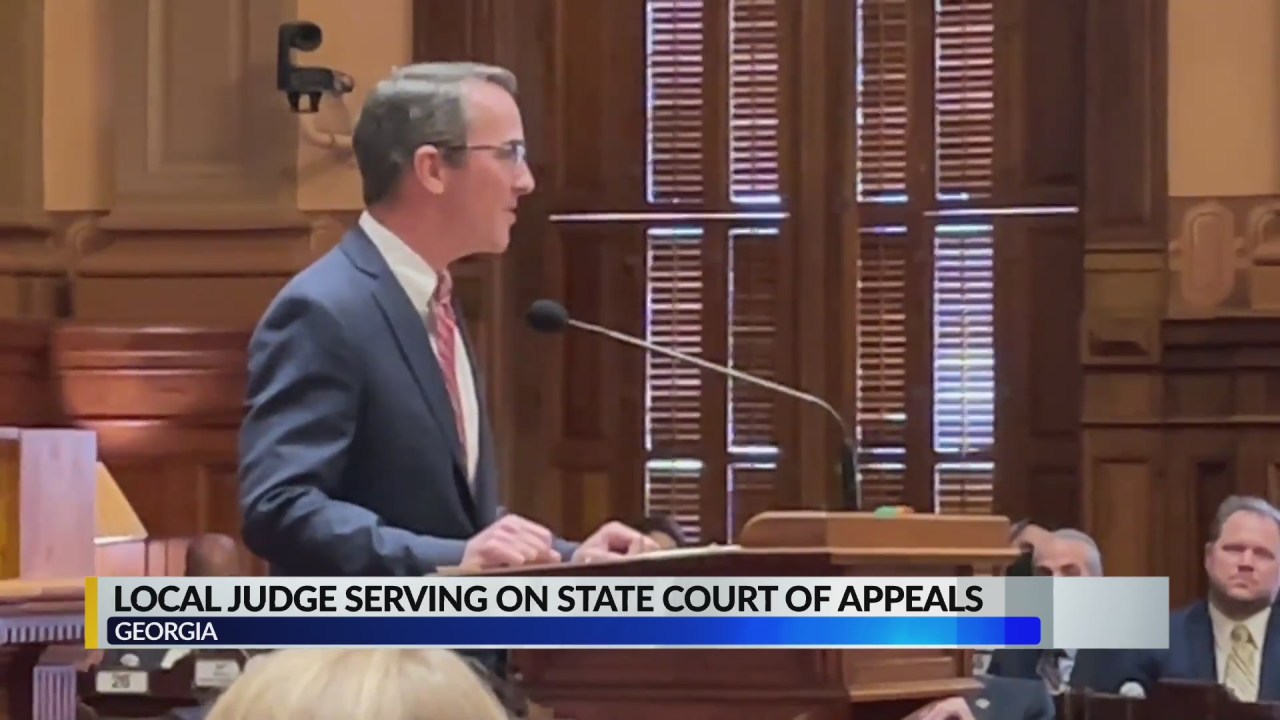 ATLANTA (WRBL) –A local attorney became the first person from Columbus to serve on the Georgia Court of Appeals when he was sworn in Wednesday afternoon at the Capitol.

Justice Andrew Pinson was elevated to the state Supreme Court, and Land was chosen to fill Pinson’s term on the appellate bench.

There are 15 judges on the Court of Appeal. It is the second highest court in the state behind the Supreme Court.

The 54-year-old Land was surrounded by family, friends and colleagues as he took a seat no Columbus attorney had ever held.

“Ben has all the qualities necessary to continue his service as an outstanding judge,” Judge Clay Land said. “Governor. Kemp, your acknowledgment of this validates your good judgment. You have chosen someone who will be an important part of your impressive legacy.

Judge Ben Land thanked those who helped him achieve this honor.

“None of us got here on our own merit alone,” Judge Ben Land said. “And I recognize that I accept that. And I won’t let these opportunities that I had go to waste.

Ben Land worked in private practice for nearly 25 years before being appointed as a Superior Court Judge for the Chattahoochee Circuit more than four years ago.

Known as a meticulous lawyer and judge, the fact that he takes on this job is not lost on Ben Land.

“As to the Columbus connection, it is somewhat amazing to me that we have not had a Columbus judge or attorney on the Georgia Court of Appeals in its 116-year history” , Ben Land said earlier this week in an interview. with News 3. “Because we have a legacy of great lawyers in this city, and we’ve had great lawyers in this city for a long, long time. And, we also had good judges in this city. And it’s somewhat surprising to me that nobody chose to do that.

It’s a position that’s been on his radar for more than a decade.

“I never had any big plans to become an appellate judge,” Ben Land said. “I took it one day at a time. And I took opportunities when they were right for me. And four and a half years ago. I thought the time had come for me to try my luck in Superior Court. And I did this. And this job at the Court of Appeal was offered to me in February and I thought the time was right for it.

Land spoke of the Court of Appeals using the analogy of a baseball umpire.

“I think in a way we’re the replay booth, but we’re also a referee,” he said. “Because all the judges are calling balls and strikes. All judges look at the facts and the law before them and make a decision within the parameters of their job. »

But Land says his new job is very different from his old job on the Superior Court.

Like the Superior Court, the office of judge of the Court of Appeal is an elective office. Land plans to operate statewide in 2024 for a full six-year term.