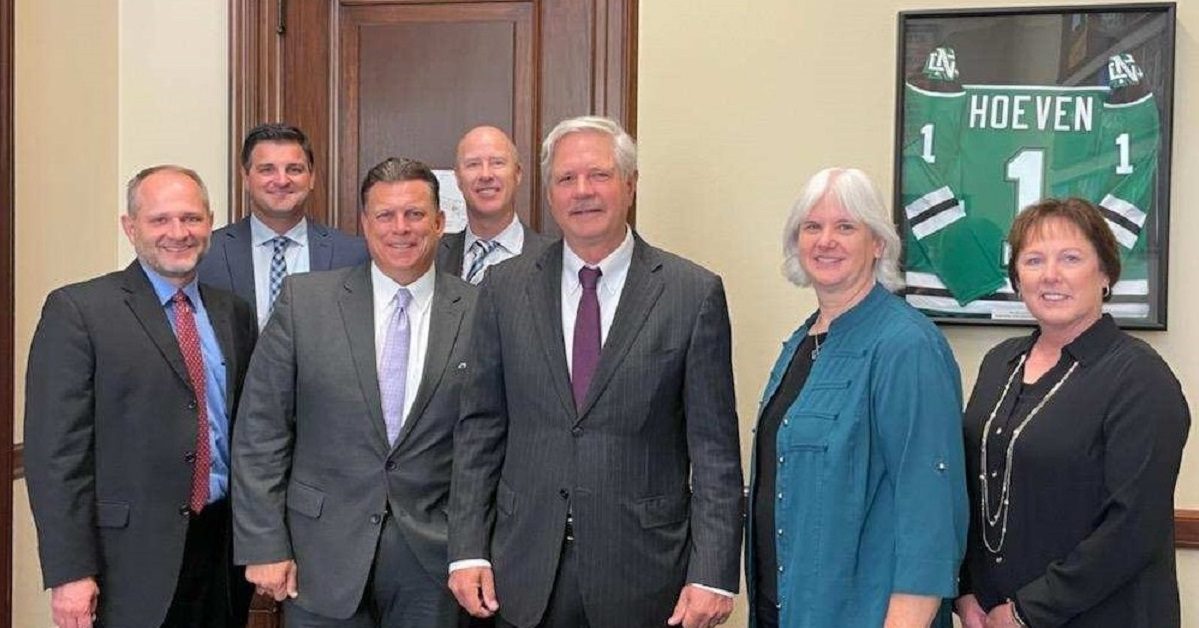 Nine credit union leagues representing 12 states were in Washington, DC, last week for visits to Capitol Hill and other policymakers. Credit unions brought stories and data showing the power of credit union difference as they advocate for policies that allow them to better serve their members.

The Iowa Credit Union League and its member advocates pointed to a number of financial issues affecting Iowas, including financial and child care deserts within the state.

Thank you Senator @ChuckGrassley to meet #iowacreditunions today in DC to talk about issues that help improve the financial lives of Iowans, including data privacy, credit card payment security protection, and access to financial services for communities underserved. pic.twitter.com/wmv7rSaG7K

The Southeast Credit Union League and Affiliates (LSCU) visited 36 different House and Senate offices for Alabama, Florida, and Georgia, as well as with NCUA and CFPB leadership.

“LSCU’s Hike the Hill enables credit unions to play a vital role in the legislative process,” said Henry Armstrong, president and CEO of Auburn University Credit Union and chairman of the LSCU board of directors. “This year was no exception as we had incredibly productive meetings with key members of Congress. I left feeling that we had made a real difference moving the needle on important legislation. on credit unions.

The Maine Credit Union League met with their Congressional delegation and hosted a collaborative reception at Credit Union House with LSCU.

“Discussing our concerns about the Durbin/Marshall bill was a top priority for us on this trip,” said Robert Caverly, Maine League vice president of advocacy and outreach. “We wanted to make sure that at every meeting we emphasized that consumers, small businesses and small community financial institutions would lose the most if this law were enacted. We emphasized that interchange fees are part of the cost of doing business and that too many issues would be at stake in terms of data security if this bill were to go ahead.

The Ohio Credit Union League discussed the exchange and the importance of data privacy and security with decision makers, including Rep. Bob Latta, R-Ohio, member of the House Energy and Commerce Committee.

Member of the House Energy & Commerce Committee, Rep. @boblatta is in a key position to help solve the growing problem of data privacy. #WeAreOCUL and credit union leaders shared the detrimental impact of data breaches and the need for national standards to hold merchants accountable. pic.twitter.com/gpwEINgWFh

The Nebraska Nurses Honor Guard will cover the Columbus area