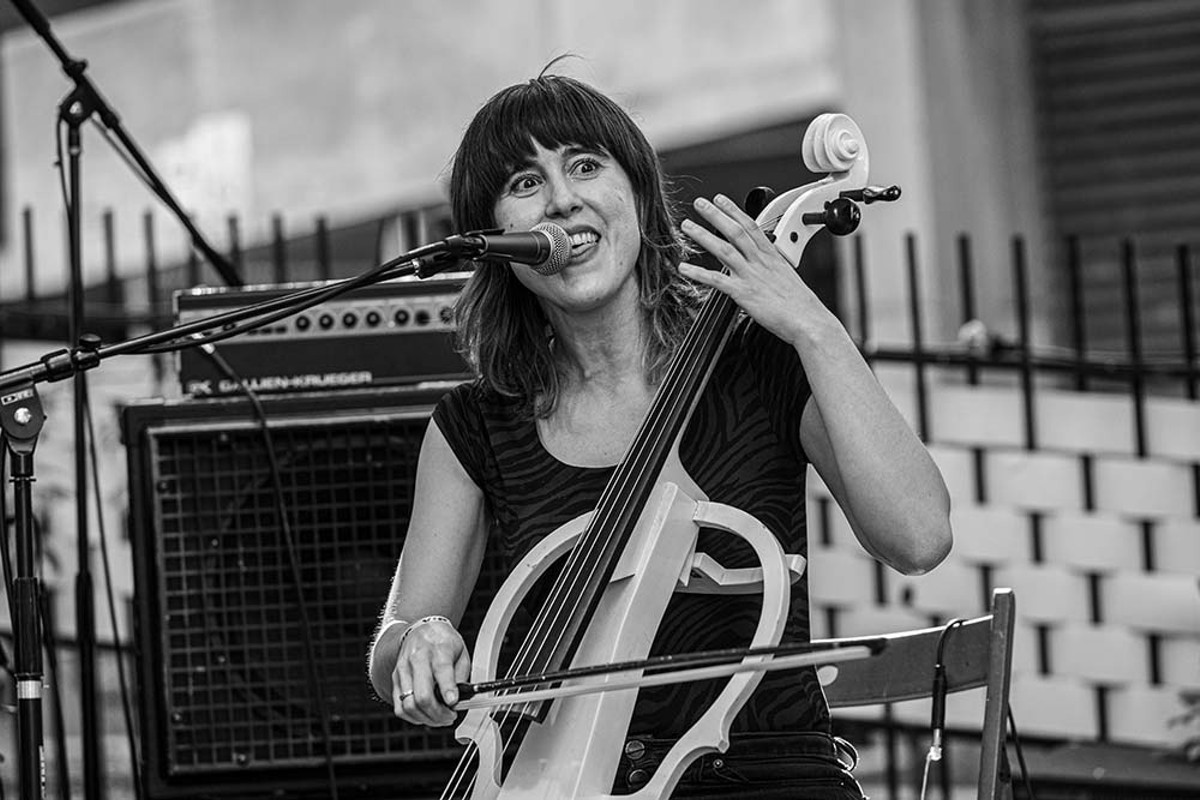 Lung may be the hardest working band in Cincinnati. The duo, consisting of cellist/singer Kate Wakefield and drummer Daisy Caplan, frequently spend six months or more on tour, then spend the remaining months recording the songs they wrote on the road. In fact, the latest version of Lung, Drop itwas built in this exact way.

Like a well-manicured middle finger held high, Drop it is beautiful but more intense than any of Lung’s previous releases – an interesting trait considering it was recorded before their previous album, 2021 come clean now.

Registered lung Drop it just before the pandemic hit, but delays, including record label dragging feet and potential inclusion in an upcoming horror movie, held back its release. However, the world still needs a passionate challenge and Drop it fortuitously fills this slot.

Caplan and Wakefield often have a lot to say about the state of the world in their music, and that hasn’t changed. Whereas Drop it has been unexpectedly delayed multiple times, its 2022 release seems surprisingly inspired and perfectly at home in today’s tumultuous climate. He couldn’t have come out at a better time.

City beat: This album was mostly written on the road, but then shelved for a very static time for the world. Did that crop the disc for you?

Marguerite Caplan: Yes absolutely. We finished mastering it the first time months before the pandemic… It was made in one world, started birthing in another world it didn’t fit in, and now it looks like it’s adapting again.

Kate Wakefield: We have registered [Let It Be Gone] and I’m done. Then, of course, the pandemic hit. We ended up writing online in the first two months of the pandemic and that’s when we wrote Come clean now, which is the record we released last year. And it was funny, even though it was out of commission, that record seemed way more appropriate for 2021 than Drop it did. When all the pieces have crumbled, to let [Let It Be Gone] being released for this tour felt appropriate again.

CC : Those two albums came together nicely, in a very weird way.

CC: Drop it feels rawer than come clean now. What prompted this feeling to be injected into the writing and recording of the album?

kW: I think our albums reflect wherever we are in the times that we’re writing it and recording it. When we recorded it, we were going back and forth on the road. It was also a strange time, even though the pandemic had not happened. As of 2016, it feels like things got really weird.

CC : I think about how the pandemic happened, there was a weird chorus of people saying, “We have to get back to where we are.” I think people forget that those weren’t good years and that there were a lot of things going on that weren’t great, that we weren’t happy about.

CC: There is an obvious marine thread throughout the album. What motivated the decision to explore this motif?

kW: I go through phases where I really get into certain visuals and metaphors, and I like to play with them. I really like the idea of ​​water and how it can be something that destroys and something that cleans. When it comes to writing lyrics, she’s very versatile in terms of what she can stand for.

CC : It fit well with the general theme of the era and also had some touchstones in mid-90s indie rock.

CC: You just released a video for “Rag Doll” [off of Let It Be Gone]. How was this experience?

kW: We have an artist in the band who has done all of our illustrations, all of our videos since we’ve been a band. Her name is Rachelle Caplan and it was her idea and we kind of went with it. We played at this beautiful place in Indianapolis called Healer; it’s this creative art space where you walk in and you’re in a whole different world. Rachelle had the idea to shoot a video in this space where as the video progresses we become a part of this space and it really fit the song perfectly. I love it, I love how it happened.

CC: For a band that spends tons of time on the road, how does it feel to be back after being forced out?

kW: When it all stopped, it felt like an identity crisis – it felt like a goal gone wrong. We were about to do 150, 200 shows a year for so long. So coming back to it, after taking a year and a half off, I felt grateful for more parts than before. I got to see him for the total gift he is; you experience so much in a short time when you tour. It was a throwback to what I loved, but also seeing it for the first time.

CC: During this trip, you are on tour with Daisy’s previous outfit, Foxy Shazam. How’s it feel to see Foxy perform from the side stage?

CC : Going into it, I had a lot of feelings or ideas of how it might turn out. The first night we played with them in Kansas, I gave it my all. I was just like, “Well, that’s an experience that not many people have ever had. It’s not an experience that I’ve ever had, where I’m going to watch my old band play songs that we’ve all written together , without me. And I’m just going to see what it is. The weird thing is that it was kind of fun. I wasn’t stressed about playing the songs properly or other people playing the songs correctly. It was just a fun time. It was surprising how much fun I had watching it.

CC: After touring throughout 2022, what’s next for Lung?

kW: There’s always more touring, but what excites me the most is that we’re sitting on 30-40 songs right now and writing more on the road. I’m excited to have January and February to check out this batch of songs and figure out how to create our next album.

Lung is currently touring with Mac Sabbath through 2022 with several upcoming shows across the United States. They also released a video for their new song “rag doll” and can be found @Lungtheband on all platforms. Drop it is available to stream now with a physical release scheduled for October 8 via Romanus Records.

Send CityBeat a news or tip or submit calendar event.