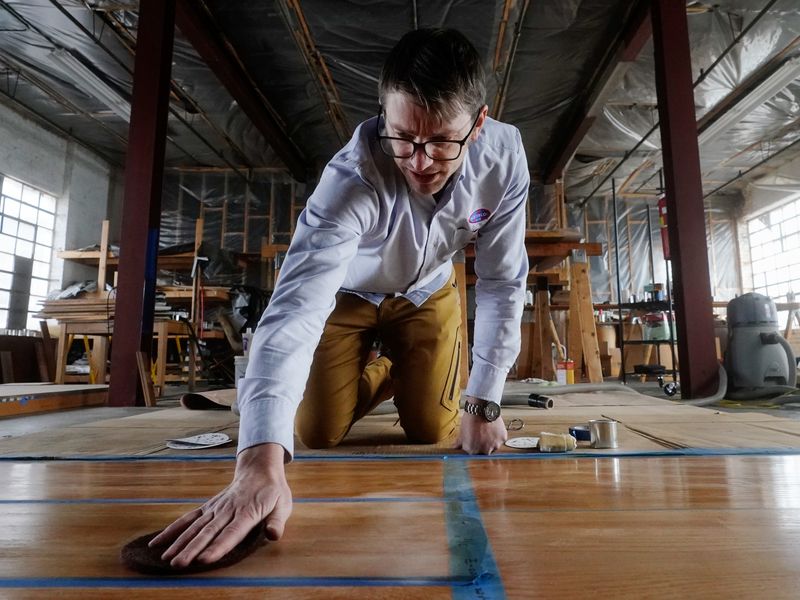 One of the cohort, Conor Hawkins, is the fourth generation of family-owned Waterlox Coatings Corp. in Cleveland.

Waterlox, which has been in business for over 100 years, has seven employees. He has made a variety of products over the years, but today his main focus is on wood finishes. Hawkins, the company’s vice president, said he grew up in the business, officially joining it around 2014. He became a co-owner in early 2018, after his father retired.

Although Hawkins, a chemical engineer, currently owns the company with a sibling, there is a significant age gap. He expects that one day he will take over. He wanted to be ready when the time came, to understand the financial and legal intricacies of running a business, and the Leadership Institute seemed like a good opportunity.

As part of the first cohort, Hawkins learned how to value a business, protect intellectual property and be competitive in terms of human resources.

It was “eye-opening”, he said. And connecting with experts and with people who have bought and sold businesses has been especially helpful.

“I saw the terms. I heard the things,” Hawkins said. “But I’ve never really spoken to an expert about it.”

Another member of the Bender cohort also found the program valuable.

Bender initially decided to be an entrepreneur when her children were young; she wanted to be able to set her own schedule.

GIMMEAHAND was born in 2005 because she wanted to help other women do the same. As she seeks to expand her business, the institute has helped her.

“I’ve been a manicurist for 25 years,” Bender said. “And now it’s time for me to grow again. And in order for me to grow, I have to put myself in situations where I can glean experience from different people with different and varied backgrounds.”

That’s what drew her to the cohort, she says. Women and other marginalized people in business often lack resources, opportunities and networking opportunities.

And the institute has helped her learn about a variety of topics, from business loans to fundraising to succession planning, which Bender says aligns with her goals for the future of her business. She knows she wants to grow her business, but now she knows maybe she can buy instead of building from scratch.

Schultz said it was exciting to hear about the plans of the people in the cohort. The program simply helps them connect the dots on how to access capital or otherwise fund their goals.

“I think that’s where this program counts, is helping people achieve their professional dreams and goals,” she said.

Branch launches six new states, now available in half of the United States