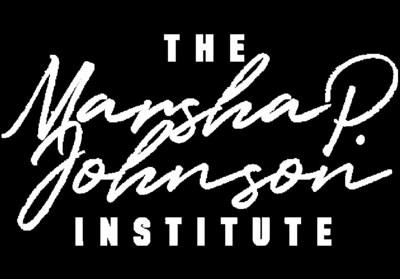 SheaMoisture, the global leader in beauty, is lending its social media platform to MPJI throughout June to connect black beauty to the work of advocating and protecting the human rights of black transgender people.

Throughout the campaign, the brand will share powerful stories about the journeys of black transgender people, grouped by themes of recovery and resistance, resources and protection, self-love, collaborative solidarity and history. by MPJI. This collaboration marks the first time that SheaMoisture has used its social platforms for the LGBTQ + community.

â€œAt SheaMoisture, we celebrate and strive to enrich the lives of black people around the world,â€ said Cara Sabin, CEO of SheaMoisture. â€œWe are a black-run company, with black people at the highest levels of leadership throughout the company. In addition, we represent the whole experience of blacks; we are LGBTQ +, women, men, immigrants, foreign nationals and human beings who shamelessly support the human rights of all LGBTQ + people. “

This month, we hope to educate and enlighten, but also do our due diligence to raise black voices from different walks of life united in their shared experiences and commonalities, as we claim black beauty, reframe our stories and redefine our future, together, â€Sabin added. “We are honored to celebrate Marsha’s legacy and to support black trans lives by uplifting their stories: stories of pride, joy, celebration and recovery.”

â€œWe are honored to have been chosen by SheaMoisture to be raised on their social platforms. By collaborating with us, SheaMoisture increases the opportunities for black transgender people to be supported, the challenges we face in being heard and the beauty of our lived experiences shared with dignity â€, declared the founder and executive director of MPJI Elle Moxley. “Additionally, SheaMoisture asserts its stance on important cultural issues, which customers increasingly appreciate in the brands they choose.”

In addition to the SheaMoisture collaboration, MPJI will host four online discussions to increase the visibility of trans black experiences and the urgent need for policy changes and vital resources. MPJI will also continue its discussions of the Black Pride Fridays, as it did in 2020, with Moxley having conversations with black trans leaders who are giving their voices to empower and guide the movement closer to the goal of liberation. Additional details and registration information can be found at marshap.org/blackpride365/

Moderator: Responsible for Covid-19 recovery, Phoebe Van Cleefe
What does black trans joy look like, across communities and specters? What is inherent and where are the designation lines? This conversation will focus on the themes of funding Black trans joy, highlighting the voices of self-help mobilizers and their mission.

Imara Jones is an award-winning journalist and the creator of TransLash Media, a multiplatform journalism, personal storytelling and storytelling project, which produces content to change the current culture of hostility towards transgender people in the United States. Moxley and Jones will engage in a discussion that touches on trans-antagonism, systemic violence, and the importance of black trans storytellers.

MPJI will be celebrating its second anniversary, with a digital music set hosted by DJ TGIF. The event will also honor Juneteenth, as MPJI will be closed for the day to reflect, rest and dance.

Valerie Spencer has been a therapist, ordained pastor, and activist for almost 30 years. She mentors young black trans women in life development, spiritual guidance and helps them achieve previously unthinkable aspirations. Her discussion with Moxley will focus on the legacy of black transgender leadership in shaping the national narrative on community issues and allow attendees to listen and learn directly from Ms. Spencer’s expertise and experiences.

MPJI protects and defends the human rights of black transgender people. Until his tragic death in 1992, Marsha P. Johnson was a drag queen, performer, and self-identified survivor, in addition to being a prominent figure in the Stonewall Uprising of 1969. Marsha went through “Black Marsha” before settling down Marsha P. Johnson. The “P” stood for “Pay It No Mind,” which Marsha said in response to questions about her gender. It was the consideration of who “Black Marsha” was that inspired the Marsha P. Johnson Institute.

EURO 2020: Shevchenko wants to break through as Ukraine coach