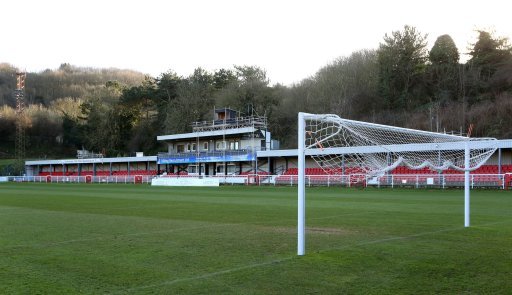 The EFL and FA need to take a close look at the credibility of the National League – and it’s high time the government started regulating football.

Have a thought for Dover Athletic, docked TWELVE points for next season and a £ 40,000 fine by the brilliant sparks that run the first two levels of football outside the EFL.

What could their crime be? Accumulate huge debts that they can hardly afford and negotiate while insolvent, which is illegal under corporate law? No.

This small, well-run Kent Coast club had the audacity not to do so. Don’t tear up their model of caution.

Not joining other clubs to take a huge loan that they could pay back for a decade.

Faced with the real prospect of doing what football was supposed to disapprove of after seeing what happened to clubs like Bury, Blackpool, Bolton and countless others, they instead joined thousands of other companies in the real world. by putting their staff on leave.

Gillingham and Watford legend Andy Hessenthaler and his players were put on leave in February – nearly two months after government support for National League clubs ended – and they told powers in instead that they would only be able to resume play once they had funds to afford it.

The league, however, accused them of not having “just cause” to stop filling their matches and after finding the club guilty, they erased their results from this season’s records. The team had only played 15 games when they stopped playing.

What stank the sanction was that the clubs were given assurances from the National League that if fans were not allowed in beyond December, support for the grant would continue. The posts were moved and suddenly it was no longer grants but loans.

I happen to know Dover Athletic well as a proud man from Kent.

CASINO REGISTRATION OFFER: CLAIM UP TO £ 800 IN CASINO BONUS CASH

As a kid I used to climb the fence behind the River End booth at their Crabble pitch with a few friends from school when our spending money didn’t cover the turnstile fees.

At 19, as a fresh-faced sports reporter for the East Kent Mercury, I covered their home and away games.

It’s a great little club that relies on its community and volunteers, like so many in the lower leagues.

President Jim Parmenter, whom I have known for almost 25 years, is a local businessman who has a decent amount of money to support the club but cannot simply fund it without any funds going through. the doors.

And his own business – a fruit and vegetable import company – has also been hit hard by the pandemic.

When he took over a debt-ridden club 16 years ago, they were hours away from being wound up.

He promised that they would never be put in this position again while he was running the show.

And without paying what they can’t afford, they’ve climbed three divisions, built a new clubhouse, a new eco-friendly booth, and opened an academy.

The National League disciplinary committee that heard this case was supposed to be independent.

And, while there is no suggestion that they’ve done anything wrong, they don’t seem very independent to me. Shouldn’t it have been made up of business experts and lawyers?

Their justification for the sanction is also crazy. Dover presented compelling evidence, backed by lawyers and insolvency practitioners (people who actually know what they’re talking about) that continuing their season was not sustainable.

But the panel, despite claiming to have considered the financial information provided and to respect the club directors’ liability under company law, could not get one of their clubs to do things right.

No, because 22 other clubs decided to go into debt, Dover was also supposed to do so. Even so, that’s against the league’s own rules.

The other conclusion was that the club had received a base payment of £ 70,000 for the season and ‘were benefiting considerably from not finishing the season compared to other clubs who have continued’.

Again, the club is simply punished for not joining the rest.

The National League also said Dover’s actions went against the “integrity” of the competition.

What a tosh. Some clubs have put high-income players on leave and replaced them with cheaper ones, which is against government leave rules and some are fielding teams that are much weaker than those who started the season.

This whole mess, as I’ve written over the past few weeks, could have been avoided by postponing the season until the spring and ending it when the fans are likely back.

As for the government, why would it simply not allow grants to struggling clubs like Dover to continue until the summer? They have to pay on the leave plan anyway.

This whole sorry episode – along with those of the 15 other Sixth Division clubs accused of non-compliance with matches – is another example of blatant incompetence in football.

Even during a global pandemic, not a shred of common sense has been demonstrated with those in football’s corridors of power far removed from the real world.

?? Read our Live football blog for the latest news from the field