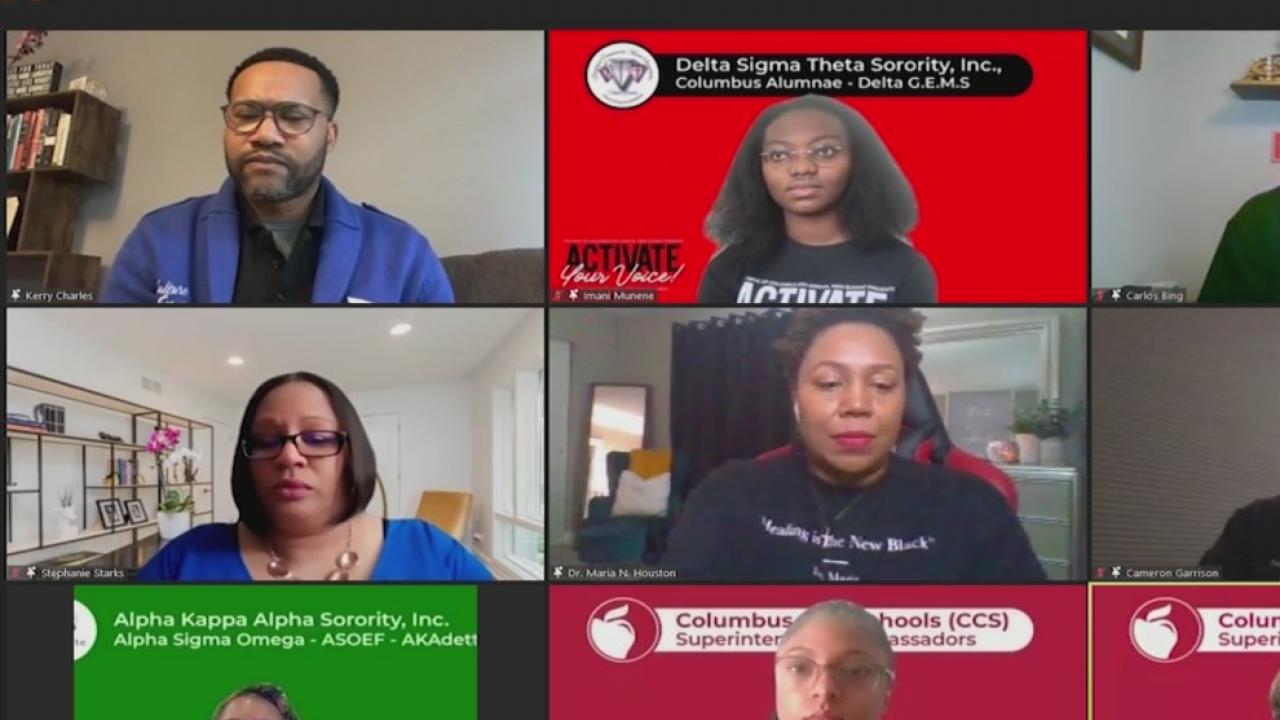 COLUMBUS, Ohio (WCMH) — The National Panhellenic Council is the governing body of the nine historically black fraternities and sororities.

On Saturday, the Columbus Graduate Chapter brought together its youth groups for a Virtual Young Teen Summit where a panel of leaders presented awards to outstanding seniors while providing teens with the opportunity to ask questions during the conversation centered on the mental health and violence.

NBC4’s Kerry Charles was the emcee for the event.

“A young man said the other day that in his cell phone he had the number of at least seven children who were killed,” Charles said. “How are they supposed to maneuver, struggle, manage life, and deal with some of the stresses we’ve talked about before?”