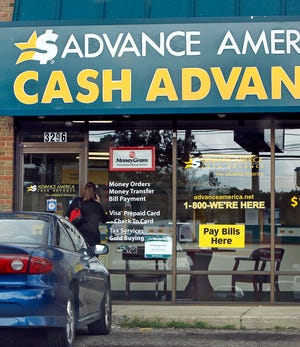 Just over three years after the passage of bipartisan payday loan reform, the Ohio Fairness in Lending Act, Ohio consumers have widespread access to safer and more affordable small-dollar loans, according to a recent report from the Ohio Department of Commerce.

The landmark legislation has put millions of dollars back in consumers’ pockets every year while preserving access to credit, just as Ohio lawmakers and reform advocates – including myself – had foreseen.

In 2020, the first full year of reporting after the new law, lenders extended $99.7 million in credit through quarter-million loans.

Before reform, Ohio had the worst payday loans in the country, with 600% interest rates as standard practice. Today, the state has one of the strongest consumer protections and lowest prices in the country. Ohio’s law is being touted as a national model, and bipartisan lawmakers in Virginia and Hawaii have already followed Ohio’s lead.

The law’s success has been hailed by lawmakers, coalition leaders, and members of the business community across the state. It effectively ended the debt trap of payday loans.

Despite much kicking and screaming from the payday loan industry, which said the sky would fall if these reforms were passed, policymakers in Ohio did the right thing and put in place place rules that work for both borrowers and businesses.

The facts show that we have successfully struck a balance between securing credit and accommodating law-abiding lenders. Workers and families can keep hundreds of hard-earned dollars in their pockets, instead of having that money diverted from the economy of their local community.

I want to thank Ohio Rep. Kyle Koehler, R-Springfield, and retired Rep. Mike Ashford, who championed reform, and everyone else in the coalition.

This reform effort would not have happened without all of their hard work and determination in the face of a very well off payday lending industry determined to avoid any semblance of common sense regulation and oversight.

Ohioans can be proud that this bipartisan law is working as intended and has become a model for how to provide safer and more affordable credit while protecting consumers from predatory lending practices.

Nate Coffman is executive director of the Ohio CDC Association in Columbus and an Ohio leader for payday loan reform.