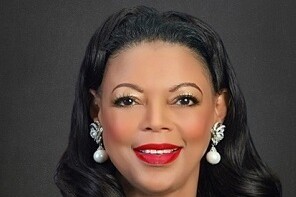 Cleveland-Leggett most recently served as the Southeast Region Administrator for the Department of Housing and Urban Development (HUD), where she managed more than 840 staff in 12 state and field offices.

As the administrator of the larger HUD region for over three years, she oversaw agency programs and operations in Alabama, Florida, Georgia, Kentucky, Mississippi, North Carolina, in South Carolina, Tennessee, Puerto Rico and the US Virgin Islands.

Cleveland-Leggett says she was a “general practitioner” at HUD, working with public housing authorities and area developers, as well as visiting Puerto Rico and other areas after major disasters.

During the federal agency’s transition this year, Cleveland-Leggett, a lawyer, said she had other opportunities in the private sector, but felt connected to Integral, a company that developed affordable, mixed-income and other housing, as well as housing for ambitious revitalization projects. â€œI’ll be a part of that, helping to expand Integral’s role not just in Atlanta but across the country,â€ she told Affordable Housing Finance.

The new Cleveland-Leggett role is one of many recent leadership developments at Integral. Vicki Lundy Wilbon, a long-time member of the company, became president of real estate earlier this year.

Lisa AndalÃ©on was appointed CFO and Tish kelly has been appointed vice president of housing development at Jamboree, a leading affordable housing organization.

Andaleon will provide executive oversight and strategic leadership of the Jamboree’s $ 3.2 billion asset portfolio. She will be a member of the leadership team, providing financial planning, strategic planning and risk management assessments for each real estate development in the nonprofit organization’s portfolio, from pre-development to lease and lease. conversion through asset management.

Andaleon comes to the University of Southern California Jamboree, where she served as the Director of Operations and Finance for the USC Stevens Center for Innovation, overseeing a $ 33 million annual budget for the Office of Business Development and Commercialization. university technologies.

Founded in 1990 and headquartered in Irvine, Calif., Jamboree is an award-winning, non-profit housing development company that continuously develops, acquires, renovates and manages rental and owned housing throughout California.

Christine tracy has been appointed Director of Investor Relations in the Originations and Capital Markets group of the National Affordable Housing Trust. She brings to the position her expertise in economic strategy, small business and community development, leadership and investment in affordable housing.

Over the past 15 years, Tracy has accumulated experience in the Tax Credit and Community Development banking industry with roles at Huntington National Bank and KeyBank. Most recently, she served as Senior Vice President, LIHTC Investment Manager, at Huntington.

In 2021, Tracy started her own business, Juniper Brewing Co., in Bowling Green, Ohio. The experience she gained from this entrepreneurial business also influenced her approach to the development and well-being of communities.

KeyBank Community Development Lending and Investment (CDLI) appointed Franz hewitt as a relationship manager to expand its activities in the North East.

Based in New York, Hewitt will focus on CDLI’s affordable housing lending efforts in the New York subway market. The move comes as KeyBank continues its commitment to affordable housing across the country, with a focus on expanding its CDLI platform.

Hewitt brings to Key more than a decade of affordable housing experience in the public sector. He most recently served as Deputy Director of the HUD Multifamily Program at the New York City Department of Housing Preservation and Development in its Preservation Finance division. Previously, he was a Senior Project Manager at the New York City Economic Development Corp. In this role, he was responsible for sourcing and developing a strong portfolio of projects in key business sectors to advance the city’s economic and political initiatives, including the Food Retail Extension to the Health Support program. and the city’s industrial policy.

Amy M. McClain, an experienced real estate lawyer, has been appointed chair of the real estate department of Ballard Spahr. Based at the law firm’s office in Baltimore, she becomes the first woman to hold the position and the first to be based outside of Philadelphia.

McClain replaces Bart I. Mellits, who has served as a department manager for the past nine years.

She worked at Ballard Spahr throughout her nearly two-decade career, starting as a summer partner and becoming a partner in 2011. Prior to taking the reins of the entire real estate group, McClain was the Affordable Housing Practice Leader. and community development. group, which will now be led by Molly R. Bryson, a partner based in the firm’s Washington, DC office.

With a focus on affordable housing and community development, McClain represents public housing authorities and affordable housing developers across the country in blended finance deals. She is the past chair of the steering committee of the American Bar Association Forum on Affordable Housing and Community Development Law, a leading national organization for the legal community in the area of â€‹â€‹subsidized housing. She is the author of the Forum’s post, “Beginner’s Guide to Converting Public Housing Under RAD. “

Bryson focuses his practice on using federal and state tax credits to fund affordable housing, businesses in low-income communities, historic preservation, and solar power, and on using the Opportunity Zone program to fund community economic development across the United States and its territories.

LIIF adds to the team

Maygen moore, director of national lending initiatives; Emma Chavez, market manager for the Western region; and Ken stewart, Deputy Director for the Mid-Atlantic region, have joined the Low Income Investment Fund (LIIF).
Based in the Atlanta office, Moore works nationwide to create and structure innovative capital solutions for projects such as education, housing and community facilities.

Moore has worked in affordable housing and community development finance for over a decade. Previously, she was the New York Market Manager at the Corporation for Supportive Housing (CSH) where she managed a $ 120 million investment portfolio to drive housing policy and meet revenue targets. Prior to CSH, Moore held positions at Community Solutions and Breaking Ground, two nonprofit developers, where she led the planning, financing, acquisition and construction of community facilities and mixed income housing projects. .

At LIIF, Moore will oversee funds including the $ 243 million Golden State Acquisition Fund, the $ 28 million Fund to Preserve Affordable Communities and the $ 13 million DC Preservation Fund.

Based in the Los Angeles office, ChÃ¡vez is responsible for lending operations in California, Colorado, Oregon and Washington. His work includes developing, managing and sustaining relationships with local funders and leading LIIF’s efforts in affordable housing policy initiatives in California.

ChÃ¡vez has 20 years of experience in financing and developing affordable housing and a strong commitment to social justice through community revitalization. Prior to this new role, ChÃ¡vez was Vice President of Community Development Lending at Boston Private Bank, where she was responsible for growing and managing the bank’s community development loan portfolio in California. Early in her career, she was a loan officer for LIIF and was also a lender to California Community Reinvestment Corp. and the Chicago Community Loan Fund.

Based out of LIIF’s Washington, DC office, Stewart is responsible for deploying capital to help affordable housing developers acquire, preserve or develop new affordable housing in the area. LIIF invests in affordable housing, early care, education and other vital community assets that tackle inequalities exacerbated by systemic racism and barriers to opportunity. The organization offers a variety of funding tools in the Mid-Atlantic region, including a $ 13 million DC preservation fund managed jointly with the Department of Housing and Community Development (DHCD), pre-loan loans. development and acquisition of secured and unsecured, several types of revolving credit. lines for ‘quick’ property acquisitions and the recently launched $ 70 million Black Developer Capital initiative, which will provide flexible financing for the growth of black-led affordable housing developers in Atlanta, New York and the United States. the DC metro area.

Stewart has been involved in financing affordable housing and community development at the local and national levels for over 25 years, having previously served as Director of Public Finance for the DC Housing Finance Agency, Deputy Director of Prince George’s County Housing Authority and DHCD , and Deputy Chief Underwriter for Bellwether Enterprise Real Estate Capital.