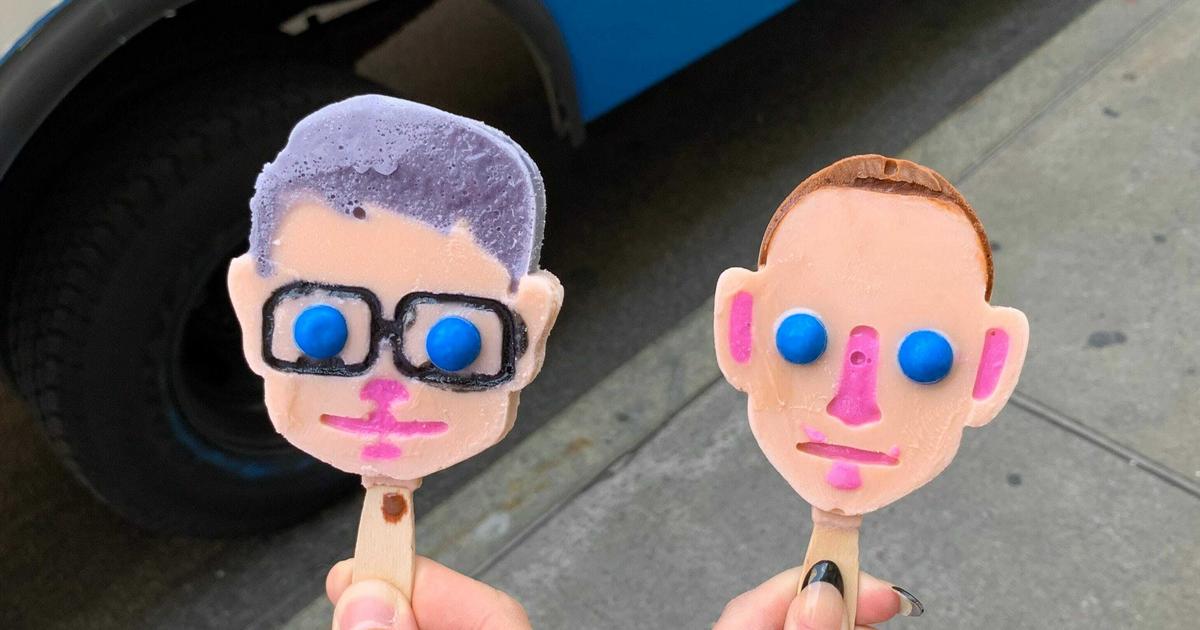 Then read about the ice cream trucks that have been popping up in New York and Los Angeles this week, offering passers-by their signature treat: “Eat the Rich” popsicles.

With their huge candy eyes and the recognizable features of tech founders (like Gates’ glasses or Zuckerberg’s hair), the popsicles play on the term “eat the rich,” a slogan that has become a rallying cry among Gen Z and Millennials frustrated by wealth inequality.

The ice cream trucks are the latest straw from MSCHF, the Brooklyn-based art collective that’s been behind some of the internet’s most viral pranks and merchandise.

Popsicles cost $10 a piece, that’s the irony of them. They are a statement in themselves, a commentary on capitalism and a very popular treat on a hot summer afternoon. When I visited the New York site at 5 p.m. Monday, all of the Jeff Bezos and Elon Musk flavored popsicles were gone.

“He sold most of them, so I got Bill Gates,” said Alex Mata, 34, who originally wanted Jeff Bezos. She arrived at the pop-up after seeing it on social media and receiving a text from her husband: “The truck is at Columbus Circle!”

MSCHF (pronounced “mischief”) is known for its viral successes. They led the viral “Jesus Shoes”, which was replaced by the more controversial “Satan Shoes”, a pair of sneakers allegedly made with a drop of human blood and marketed with rapper Lil Nas X.

MSCHF is also the company that brought the world a browser add-on that disguises Netflix viewing as a conference call, as well as a rubber chicken that doubles as a functional bong.

“Our take is that everything is funny in a nihilistic way,” Gabriel Whaley, Founder and CEO of MSCHF previously told Insider. “We’re not here to make the world a better place. We’re making light of the fact that everything sucks.”

The trucks will be in New York and Los Angeles through Wednesday. You can check their locations here.