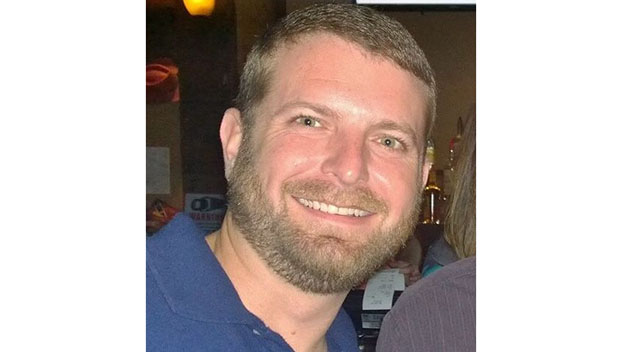 NATCHEZ – The Rite of Christian Burial at the Grave of Randall “Brooks” Coates, son of Donald R. and Karen Kenda Coates, will be held at 3 pm on Friday June 4 at Natchez City Cemetery, first admission.

Brooks was born June 11, 1980 in Natchez, Mississippi and died March 15, 2021 in Macon, Georgia. He spread his joy and laughter to the many places he lived: Natchez, Virginia, Nebraska, Philippines, Warner Robins and Macon. He briefly attended Cathedral Elementary School in Natchez, graduated from Sacred Heart School in Warner Robins, Georgia in 1994, and graduated from Mount de Sales Academy with the Class of 1998 in Macon. In 2006, obtained a BA in Philosophy from Franciscan University in Steubenville, Ohio. He was employed with the Diocese of Savannah Vocations Office, then worked at Mount de Sales Academy in the Development and Alumni Office. He then worked in the renovation and construction sector. Brooks was a member of St. Joseph’s Catholic Church in Macon and served actively for 22 years in the Knights of Columbus as a member of the fourth degree, often participating in the Knights’ many charitable events and fundraisers.

Besides his parents, Don and Karen, who love him more than words can express, Brooks also leaves behind his big brother and best friend, Donald “Reeves” Coates, Jr., Macon; her favorite little sister, Katie Coates Goldman of Natchez, her brother-in-law, Bert Goldman, and their three children, Andrew, Kenda Marie and Patrick. Brooks loved them very much, and they adored their Uncle Brooks and he will miss her abundant love, her big hugs and hugs, and her playing moments together. Her significant other, Andrea Tice, will be missed by the loving care, laughter and happy times they shared as they built their lives together.

Brooks, known for his huge heart, wit, and goofy demeanor, never missed an opportunity to find and express his hilarious wit and humor in any situation. Aunts and uncles cherish his life – George and Peggy Kenda Murray, Johnny and Dottie Kenda, Fred Rogers, Al and Lissa Coates, and Davy and Diana Coates; and many loving cousins ​​and countless friends. He was predeceased by his grandparents John and Mary Kate Kenda, Natchez and Al and June Coates, Myrtle Beach, SC, and his special aunt, Marilyn Kenda Rogers.

He took great satisfaction in helping others and made a difference in the lives of everyone who was lucky enough to know him. To honor her generous spirit, donations can be made to Cathedral Elementary School, the school of her niece and nephews.

Visit www.snowscs.com to express your condolences and view the video on the tribute to Brooks dignity.

Letters to the Editor-in-Chief of Barron’s