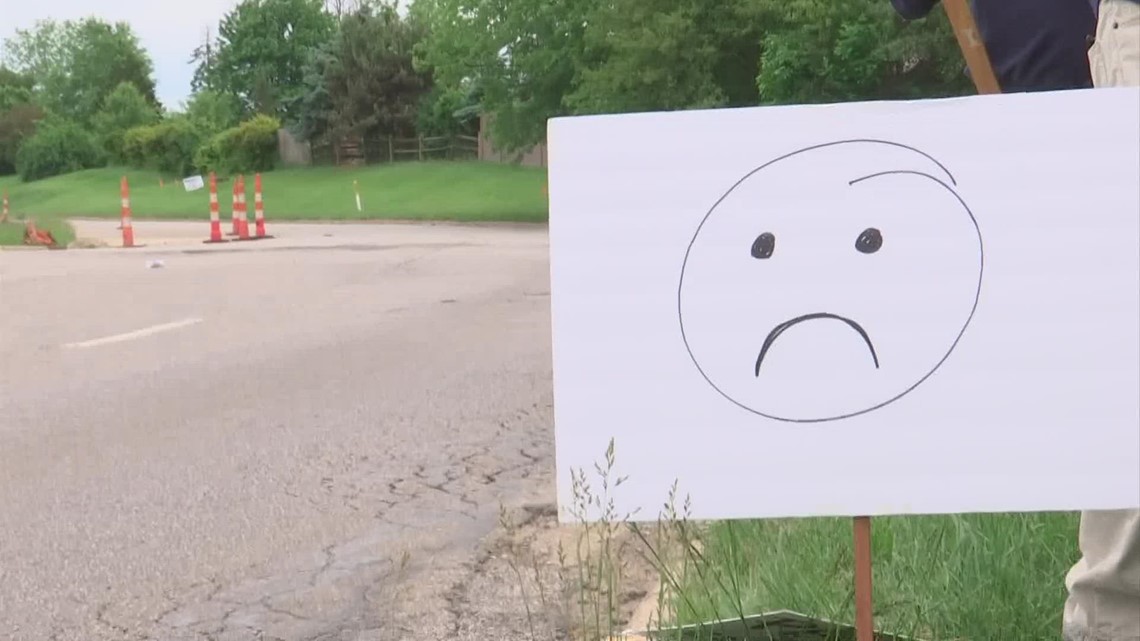 For nearly two years, the community has been working to prevent a project that will change the Little Turtle Way.

On Monday, many residents gathered along the road to protest against the project.

Darlene Slater is president of the Little Turtle Civic Association and a resident of the neighborhood. “Since it was announced two years ago, people have already moved,” she said.

The city’s project will combine the northbound and southbound lanes of Little Turtle Way, into a single two-way road between Blue Jacket Road and the westbound off-ramp of State Road 161.

Slater told 10TV the long stretch of land was popular with community members. She said it’s been around for 50 years.

“It’s tragic, it shouldn’t happen. It’s a piece of Columbus history,” she said.

Phil Harmon is the Civic Association’s attorney and a neighborhood resident.

He said they were fighting the city of Columbus to stop construction from happening.

10TV contacted the city council and a statement was sent by Randy Borntrager, the assistant manager of Columbus Public Service.

“We are rebuilding an old, deteriorating roadway for the benefit of all residents and commuters in this high-growth area. The safety improvements will create better traffic flow, reduce speeds and promote safe mobility for pedestrians and cyclists as well as a new sidewalk and shared-use path.

Residents said they don’t know what the next step will be, but they won’t give up on this fight any time soon.

“The damage is already done,” Slater said. “That’s not what the people who lived here signed.”