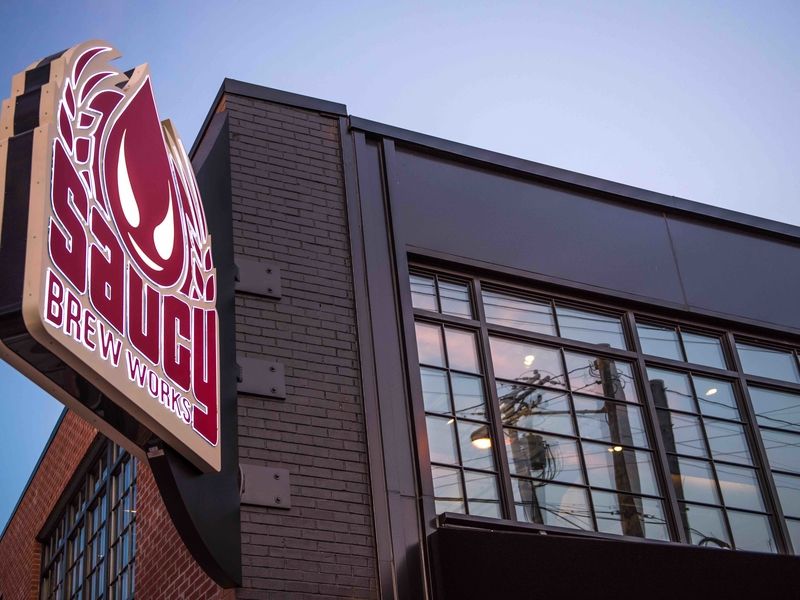 As part of a larger effort to develop an appropriate ‘lifestyle’ brand, the minds behind the Cleveland Craft Brewery Saucy Brew Works – which is known not only for beer, but also for its pizzas and brewery coffees – are next branch in the marijuana business.

A line of marijuana products under the brand Saucy Canna Works is expected to hit Michigan dispensary shelves sometime in the spring of 2022, said Saucy Brew co-founder and CEO Brent Zimmerman.

The plan is to expand these products – which so far are expected to include vape cartridges, edibles, and marijuana pre-rolls – into other markets in the future.

There is also future potential for the development of cannabis infused drinks, such as coffee or beer. But Zimmerman said it was an idea for the future that would become more acceptable if / when federal laws became less onerous.

Saucy Canna Works is starting up in Michigan for several reasons.

First, the state provides for a recreational marijuana market. Second, it’s familiar territory for the Saucy brand, as Saucy Brew Works opened a brewery and cafÃ© in Detroit in the City Modern mixed-use community of Bedrock in the spring of this year. Saucy is also preparing to expand beer distribution in Michigan.

Third, this is where Saucy’s business partners are located for this latest venture.

Saucy Canna Works has a partnership with Red Workshop, a cannabis consultancy company founded by MedMen co-founders Adam Bierman and Andrew Modlin, and One Love Labs, a budding marijuana processor and product maker in Burton, Michigan.

For Saucy, this is a trademark license agreement for the use of its brand name on products that One Love Labs will create. Saucy will not be directly involved in the manufacture of products.

â€œIt’s not about us finding a new industry,â€ Zimmerman said. “It’s about lending our brand name to an industry that we love.”

He notes that there is no common ownership between Saucy and these Michigan entities and that Saucy Canna Works is a separate business entity from Saucy Brew Works.

It’s important to have some separation between the two due to the legal wrinkles with marijuana, which of course is still considered an illicit business at the federal level.

The idea for Saucy Canna Works has been around for about a year. But Zimmerman has been interested and involved in the marijuana industry for much longer than that – even before Saucy Brew Works opened its first brewery in Ohio City in 2017.

Zimmerman, alongside fellow Cleveland entrepreneur Matt Jenkins, co-founded (re) spring in 2016, an investment management firm designed to provide private capital for real estate projects in the cannabis sector where there is no access to traditional bank financing due to the federal ban on marijuana.

While the (re) spring isn’t as active today – Zimmerman is more focused on the Saucy empire – one of the outfit’s first chords was a loan of over $ 6 million for a (at least) $ 13.3 million project establishing the 45,000 square foot MedMen greenhouse in Nevada known as the MedMen Mustang. This facility opened in spring 2018.

It was this loan that connected Zimmerman to the co-founders of MedMen behind Red Workshop, Bierman and Modlin.

Bierman and Modlin were ousted from MedMen and have relinquished their respective corporate voting controls in 2020. Red Workshop is one of their new ventures after all of this.

With future expansion of the Saucy cannabis brand in mind, Zimmerman said he was already in talks with other potential manufacturing partners for Saucy Canna Works in Ohio, California, Arizona, Missouri and Nevada.

While the product line launches next year in Michigan, Saucy will invest in marketing to build brand awareness.

â€œWe’re really excited to launch this. I think we’re a pioneer in this space, especially from a craft beer perspective,â€ Zimmerman said. â€œYou see bigger players in the beverage space that are involved in cannabis, and we think this is an important vertical sector to get involved with. You look at coffee, beer, cannabisâ€¦ these are over $ 100 billion markets in our minds. Cannabis will catch up. “

Strong sales of multi-family investments in the Southern States; Gain more interest in the Midwest