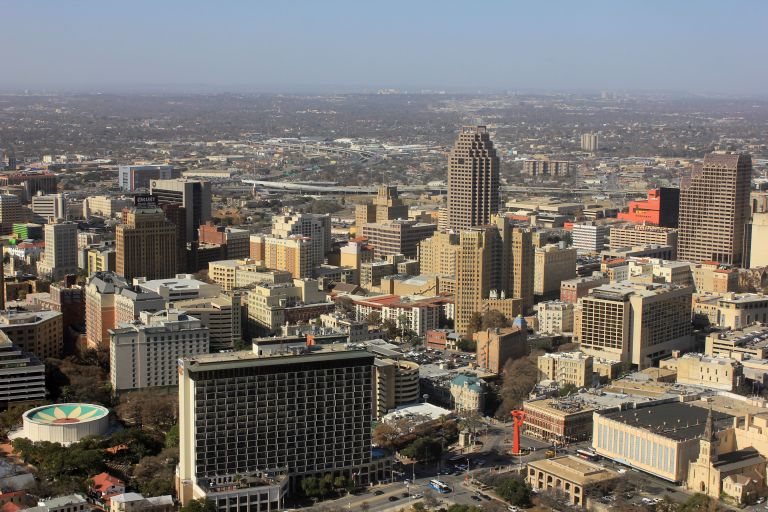 “After a slight year-over-year decline in multi-family housing creation volume in 2020, lending activity rose sharply in 2021,” wrote Marc McDevitt, senior managing director at CRED iQ. “While final origination volume counts for multi-family properties have not been widely reported at the time of writing, lending was on pace for most of 2021 for double-digit growth over the last year. CRED iQ tracked nearly $150 billion in multifamily origins in 2021, including the CMBS conduit, Freddie Mac, Fannie Mae and Ginnie Mae securitizations. Fannie Mae alone has funded nearly $70 billion in multifamily loans. This sample of 2021 loan issuances will likely increase in the near term, as 2022 securitization issuances will continue to include loans issued in late 2021.

“Gateway markets, such as New York and Los Angeles, were the leaders in total number of multi-family loans issued in 2021, but the Dallas/Fort Worth Metropolitan Statistical Area (MSA) had the highest total origination volume per balance loan. More than half of loan origination activity in Dallas/Fort Worth came from loans in Fannie Mae securitizations. In total, primary and gateway markets accounted for just over half of all loan originations that were tracked in 2021.

“A lending trend for non-traditional markets was also apparent in 2021. Non-metro Texas showed high lending activity relative to other markets. Non-metro Texas includes any rural area that does not fall within the boundaries of the more than 20 MSAs that CRED iQ tracks in the state of Texas. The presence of non-metro areas on a list of top multifamily source markets is further evidence of the expansion and growth in multifamily investment and financing that has taken place in 2021.”