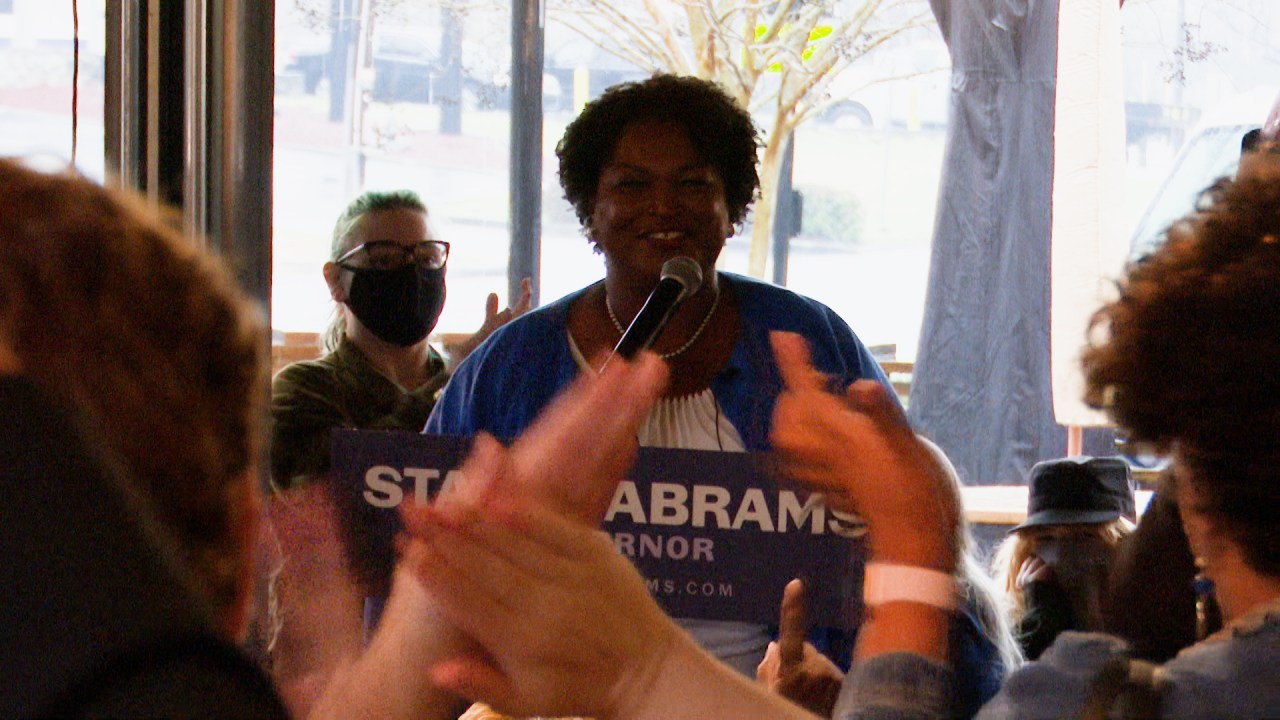 The politician’s “One Georgia” tour stopped at the local restaurant Jarfly. The restaurant was packed with community members, leaders and politicians, including attorney Teddy Reese, who is running for the House District 140 seat. The seat was once held by Calvin Smyre, whom Abrams mentioned in his remarks today.

“To hear Rep Abrams, Leader Abrams talk about him and the work he’s done and stand there and be inspired by that and know that the person following him should be the same quality, the same character that carries the value of District 140 which was very very important to me, which I was passionate about and I knew it was a moment in history.

Abrams shared that she was running on Medicaid expansion, but she also touched on things like crime, voting accessibility and helping small businesses.

She made it clear that her campaign was focused on expanding Medicaid and said it would help bring hospitals and medical professionals to rural Georgia.

Rural health systems often struggle to secure funding and attract qualified health professionals. News 3 was able to ask Abrams how and why she thinks expanding Medicaid will help address this issue.

“If you’re a provider, you’re not going to come in and set up if you don’t know if your patients can pay you,” Abrams said. “But if you know your patients have the health insurance they need and that, that combination of health insurance is now expanded because half a million new people can afford to come and get your services. They don’t just come for emergencies. They come for wellness checks. They arrive before their diabetes means dialysis. They come when their foot swells up a bit and the water retention means they have a heart problem before they need to have major surgery. These preventive visits represent the money that providers need to settle and stay on site.

Abrams was at Cuthbert on Monday and will be at Augusta and Midway on Saturday and Athens on Tuesday.

Abrams wasn’t the only gubernatorial candidate in our viewing area this week.
Gov. Brian Kemp campaigned in Harris County on Tuesday — the same day former Sen. David Perdue met with voters in Columbus.