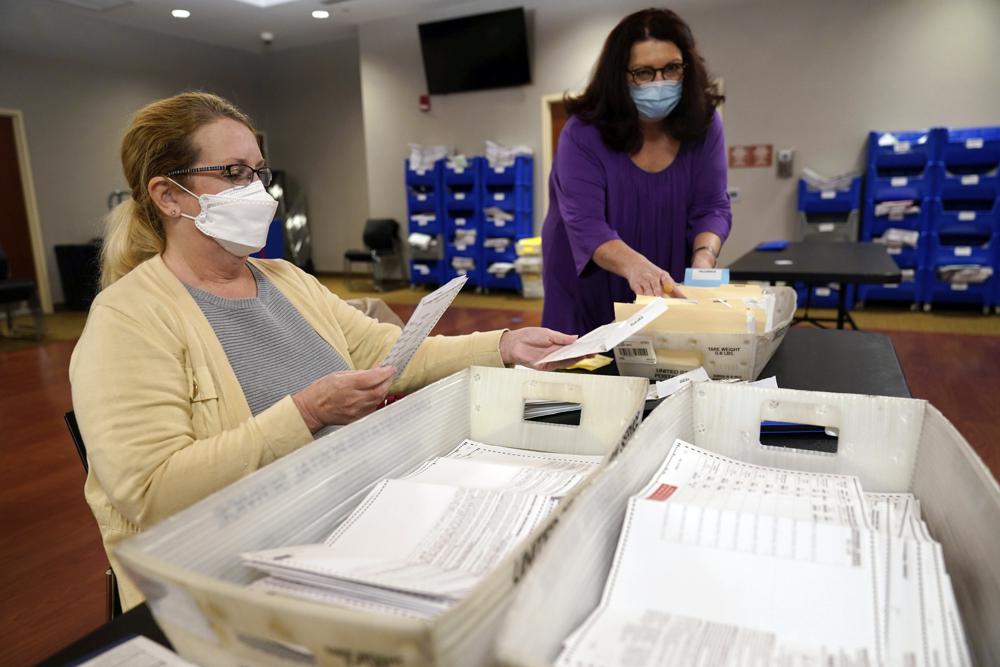 The first big election day after a year of relentless attacks on voting rights and election officials went largely without a hitch. Unlike the 2020 presidential election, there were no allegations of widespread fraud, of ballots mysteriously emerging in the dark of the night, or of compromised voting machines altering the results.

The relative calm was a relief for those overseeing the election, but will it matter to those who still believe last year’s election was stolen from the former president Donald Trump?

Election experts say even a smooth election cycle this year is unlikely to reduce the mistrust that has built up over the past year among a segment of the public. This skepticism has led to costly and time-consuming partisan reviews, threats against election officials, and new voting restrictions in Republican-controlled states.

“I am extremely worried that we are not at the end of this,” said David Becker, a former attorney with the US Department of Justice who now heads the Center for Election Innovation and Research. â€œWe’re not in the middle of this. We are only at the beginning, and no one is tackling it particularly well at the moment, except the professional election officials who keep their heads down and do their jobs.

There was no evidence of widespread fraud or other wrongdoing in the 2020 election, and those claims were dismissed by judges, election officials and Trump’s own attorney general. Nonetheless, two-thirds of Republicans said Joe biden was not legitimately elected president, according to an Associated Press-NORC Center for Public Affairs Research poll conducted two weeks after Biden’s inauguration.

Tuesday’s election presented typical election day issues that were quickly resolved: power outages, technical issues with equipment, or too few ballots at some polling stations. In New Jersey, confusion around the publication of election results circulated on social media. The Republican candidate for governor, Jack Ciattarelli, had yet to concede, but said after the election he didn’t want his supporters “to fall victim to wild conspiracy theories or rumors online.”

Prior to the high-profile Virginia gubernatorial election, Trump said in a statement that he “did not believe in the integrity of the Virginia election, that a lot of bad things have happened and continue.” Yet in his statement praising Republicans Glenn Youngkin, Trump made no mention of fraud and credited his own supporters with the victory.

Matt Masterson, a former senior election security official in the Trump administration noted that little has changed between 2020 and this year in the conduct of elections in the United States

â€œThese are the same systems, the same people, the same processes,â€ Masterson said. “Election officials did their job in 2020, and they did it again in 2021.”

When problems did arise, they were quickly taken into account. The Ohio Secretary of State exercised administrative oversight of the most populous county in the state, where Columbus is located, after failing to properly update its poll records and allowing three people to vote twice, although this did not affect the outcome of any race.

The fact that the elections are generally going well hasn’t stopped Republican officials from making election fraud allegations to justify new voting restrictions, even in places where Trump and the Republicans won hands down in 2020 and where election officials reported no problems.

Governor of Florida Ron DeSantis, a Trump ally earlier this week called for a new state office to investigate election crimes. He is also calling for new laws adding more restrictions at the ballot box and increasing penalties for those who collect ballots for others.

“I am delighted that with this legislation our state is in a position to enforce electoral violations, fight electoral fraud and ensure that violators are held accountable,” DeSantis said in a statement.

Postal voting was hugely popular last year amid the pandemic and contributed to a high turnout this year in Virginia. And it was the Republicans who performed well in Virginia on Tuesday, where Democrats have expanded access to the vote in recent years. This included no longer requiring voters to provide an excuse to vote by mail.

But GOP lawmakers still say the rules around postal ballots need to be tightened to address public concerns about fraud, even though there is no evidence that it exists.

In Ohio, Republicans introduced two bills to rewrite state election laws. One calls for a ban on off-site ballot boxes, the elimination of an early voting day and the strengthening of the state voter identification requirement. The other goes even further – reducing early voting from 21 days to six, eliminating mail voting without excuse, and banning drop boxes altogether. Trump won the state hands down, but the lawmakers behind the second bill cited the potential for fraud to justify their proposal.

â€œThis is what happens when you try to do something right in an environment where there is no justice,â€ he said. “Democrats will be instinctive against anything they see as restrictive of the vote, and a contingent of Republicans will oppose anything they see as an added convenience for voting.”

Election officials said it was important to remind the public that there were no widespread problems with the 2020 election, which has been called “the safest” in US history. by a group of federal, state and local election officials.

â€œIt’s not something that has gone wrong that we are fixing,â€ said Colorado Secretary of State Jena Griswold, a Democrat. â€œThis is something that went really well in 2020. We had the safest election in US history, with record turnout among Democrats and Republicans. And the lies are about it.

The lies surrounding the 2020 presidential election also sparked death threats against election officials that continue even a year later.

Michigan Secretary of State Jocelyne Benson described what the nation faces as a “five-alarm fire” and called on industry and community leaders to help defend democracy.

“Those who try to dismantle democracy have shown us time and time again that there may not be a bottom where they will go to lie and deceive voters,” said Benson, a Democrat. â€œWe have to take them at their word and believe them, and get down to business by spending every day countering their lies with the truth. “

Republished with permission from The Associated Press.

Data scoop: List of private companies shows growth, especially for companies that give loans or cheese