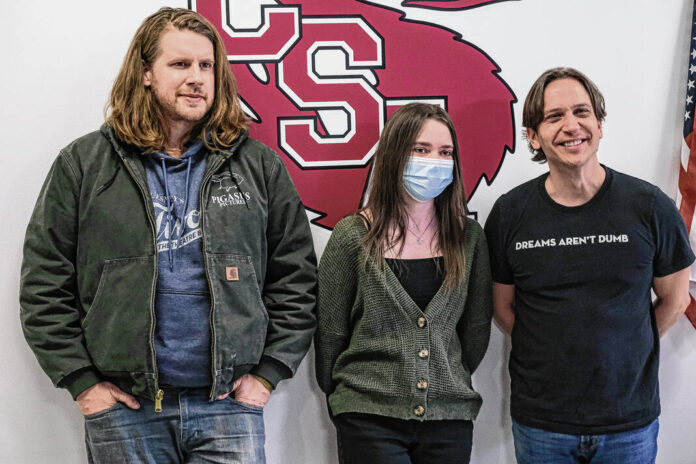 The movie “Blue” will be filming in Columbus

Pigasus Pictures will work with Piper Parks from October 28-30 to shoot her short film, “Blue.” According to Pigasus Pictures co-founder John Armstrong, filming will take place at various artistic and architectural landmarks in Columbus, such as the Crump Theater, and local students will shadow crew members during production.

“We had tremendous support from the Columbus community to get this done,” he said. “So I’m really excited about what we’re going to create there.”

In March, Armstrong and co-founder Zachary Spicer announced that Parks had won the fifth annual “Project Pigasus” (later renamed “Project Constellation”) screenwriting competition. The Indiana-based film company had invited high school students across the state to write short scripts — 12 pages or less — based on their own experiences in Indiana.

Armstrong said Parks’ film is about “finding beauty in the world around you in times of struggle.”

According to a synopsis by Parks, “Blue” is inspired by his own experience struggling with loneliness and depression amid the pandemic. She wrote that going out and looking at the “art and beauty” of Columbus helped her overcome her depression.

“The opening is difficult, I know that,” she said. “But with a little help, you can see the color of your life again. I know I have, it’s because of the help I received and looking at my beautiful surroundings. I mean, why complicate things for me when there is such a colorful world around me?

Pigasus Pictures, which will collaborate with Parks to produce “Blue,” is an Indiana-based film company. Their work has included Indiana feature films “The Good Catholic”, “Ms. White Light”, and “Bindu’s Bad Education”.

A non-profit organization created by the company, Pigasus Institute, was previously the producing entity of the Project Pigasus screenwriting competition. However, the institute has since merged with Cardinal Stage and the Bloomington Playwright’s Project to form a new organization, Constellation Stage and Screen.

Pigasus Pictures still exists as a separate entity and continues to collaborate on the contest, now known as Project Constellation. Submissions are open for the 2022-23 contest, and Indiana high school students are invited to submit a 10-12 page script, a one-page description, and a video featuring themselves at [email protected] before January 20. More information is available at seeconstellation.org.