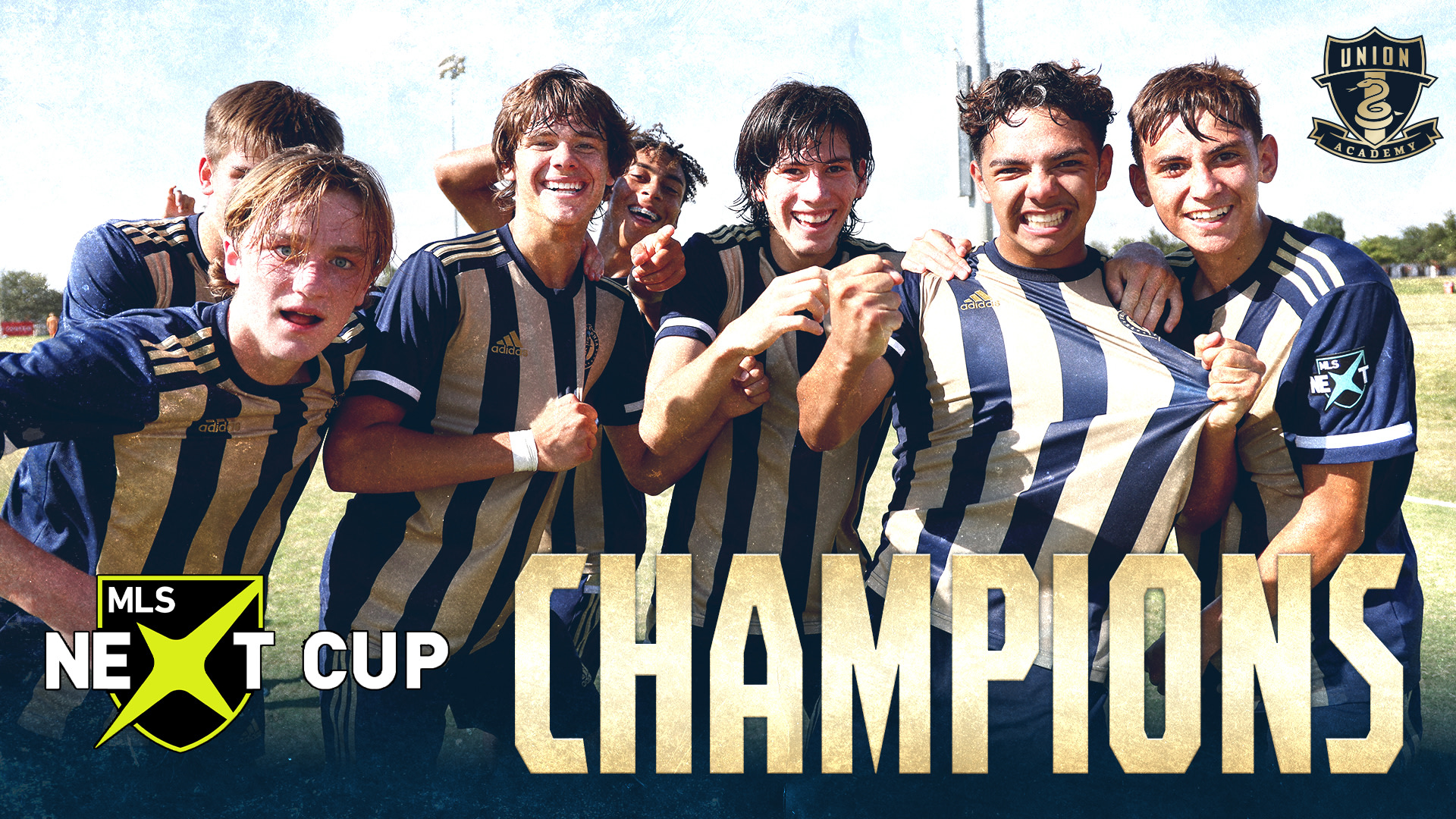 The U17s rally in the second half to lift the MLS NEXT Cup; defeat Columbus Crew in the final

After falling in the MLS NEXT Cup Finals at U15 level just a year ago, the Philadelphia Union Academy U17 team ended their journey of redemption with a memorable 3-2 win over the Columbus Crew for win the MLS NEXT Cup.

Playing on the exact same pitch at Toyota Stadium in Frisco, Texas, where they were set to watch Real Salt Lake U15s lift the trophy, the Boys in Blue refused to let history repeat itself and will now be bringing gear home with them in Pennsylvania after stunning displays on both sides of the ball.

The heart of the U17 champions showed in the second half, coming back from a 2-0 deficit with a trio of goals in 19 minutes to complete a sensational comeback. Striker Marcos Zambrano-Delgado led the rally with a pair of goals highlighted by a clinical 73rd-minute finish that officially turned the game around and secured the championship.

Union were the strongest team from the start and controlled the pace of the game. The Crew took a 1-0 lead via a penalty that snuck through even though goalkeeper Andrew Rick got his hands on it. The Ohio team doubled their lead just 34 seconds into the second half, but just like the city they represent, the Union proved they had the guts and mentality to do so. to meet any challenge. A volley from a corner from Luke Martelli connected to a well-placed Zambrano-Delgado header at the back post and the game was suddenly wide open.

In the 67th minute, the Boys in Blue tied the game with a shattering header from David Vazquez. Momentum was all on Philly’s side, and they capped off the comeback in true Union style. Forcing a turnover in midfield, Golden Boot winner Zambrano-Delgado dribbled into the box and launched a perfectly placed explosion inside the near post for the 3-2 advantage. The striker was so dominant that his teammates celebrated even before the ball left his foot.

The U17s’ race to the title began exactly a week ago with a dominating performance in the Round of 16 in a 6-2 win over Cedar Stars Academy in Monmouth. The attack continued to roll in the round of 16 with a 5-1 result against Toronto FC the next day. After a day off, the Boys in Blue knocked out their club rivals on Wednesday morning with a 4-2 win over the New York Red Bulls behind goals from Antonio Horozoglou, Luciano Sanchez, David Vazquez and Luke Zielinski. In the semi-finals, the Union defense locked in a tough LAFC side for a 2-1 victory, with goals from Alex Perez and Marcos Zambrano.