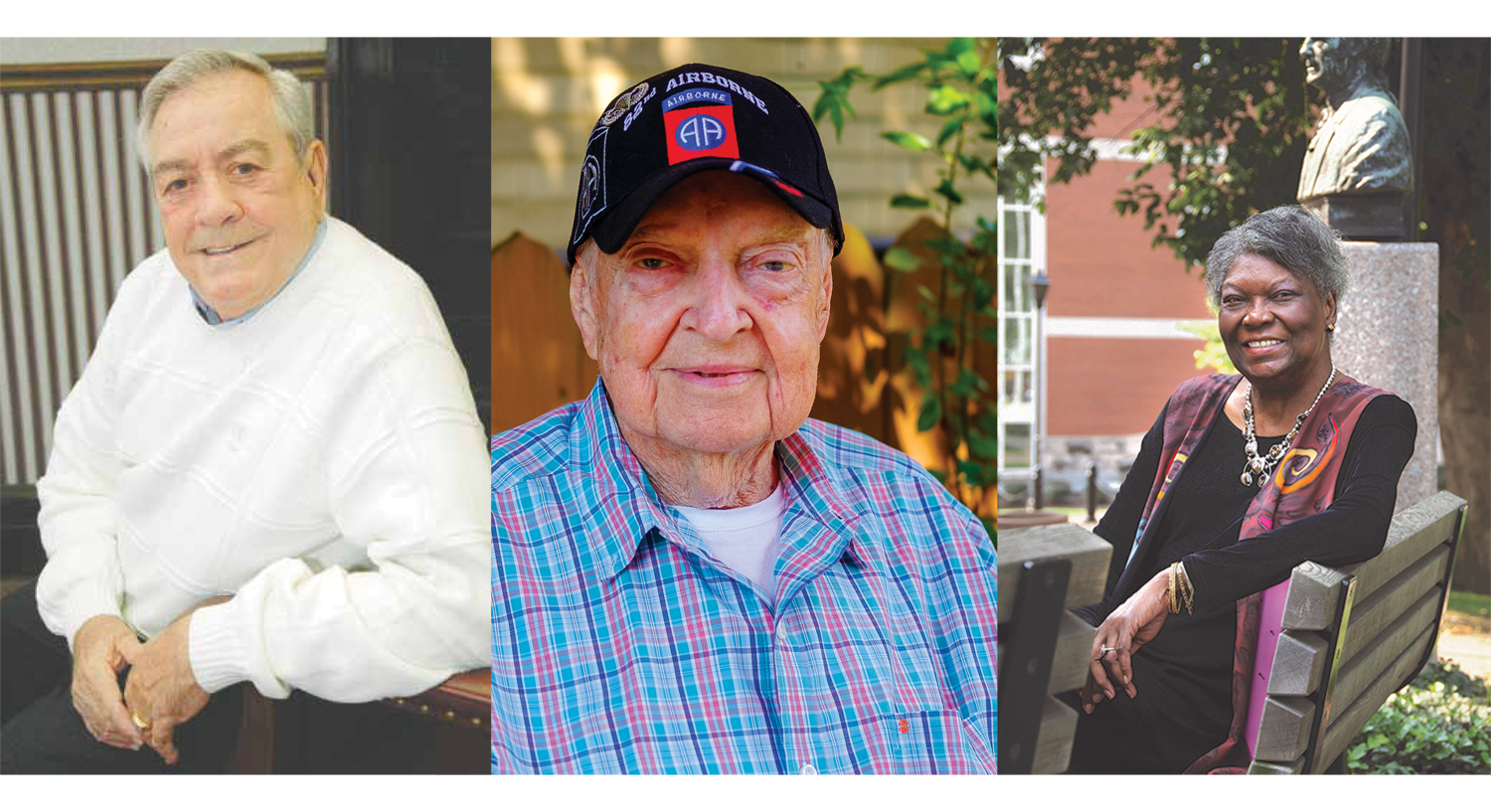 Tribute to those who have passed – La Tribune

Lawrence County and the Tri-State bid farewell to many over the past year who were known for their contributions to the region and beyond. They came from all walks of life and have greatly contributed to the tapestry and history of our community.
Here are some of the notable names that have passed:

Kenneth luke everhart
The former Registrar and Administrator of the Township of Lawrence for 32 years passed away on December 31, 2020 at the age of 78. He was a long time secretary member of the voluntary fire department of the township of Lawrence and president of the council of the cemetery of Mamre.

Rodney McFarland
A 45-year-old veteran of the Ironton Police Department, who served as chief, died on January 12 at the age of 80. He was praised for his leadership in the service, as well as for his charitable work with groups such as the El Hasa Shriners.

Eddie hardy
The former Symmes Valley School teacher, principal, trainer and driving instructor died on February 2 at the age of 78.

Ray “Moose” Dutey
A pillar of the Lawrence County civil service, who spent six decades working at the courthouse as both county registrar and auditor, served as the mayor of Coal Grove and a member of the village council and was an announcer for longtime for Dawson-Bryant track and field, and died Sept. 28. at 91 years old.

Lenville Mays
One of the county’s oldest residents, the retired miner was a huge fan of Marshall and Fairland sports and was a regular attendee at games. He died on February 15 at the age of 100, just over a month after residents of Proctorville celebrated his centenary with a parade.

Stella willis
A member of the Ashland 3 Arts Club and the Daughters of the American Revolution Chapter in Ironton, she served as the Treasurer and Sunday School Teacher at Coal Grove Memorial United Methodist Church and was a confirmed descendant of Mayflower. She died on February 18.

Jermon jackson
The Ironton ‘Fighting’ Tigers legend and the Buckeyes running back from Ohio State University died on February 26 at the age of 45. In high school he was an outstanding student and athlete in soccer, track and field, and basketball and was inducted into the Ironton Athletic Hall of Notoriety.

Kent sanborn
A well-known and highly regarded local photographer who was a fixture at school sporting events and other public activities, he died on March 4 at the age of 62. Sanborn’s work has appeared on his website, Southern Ohio Sports, as well as in The Ironton Tribune. for decades.

dean cooper
A veteran of the United States Army and a member of the Lawrence County Veterans’ Commission for 43 years, he served as administrator of the Township of Rome for 33 years. An advocate for those who served, he was successful in having the Lawn Lawn of the Lawrence County Courthouse renamed to Veterans Square. He died on March 26 at the age of 91.

Tim selb
The Ironton resident was a former Assistant Vice President of Commercial Lending to the Treasurer of the First National Bank of St. Joe Athletic Boosters as well as a local history scholar and shared stories of the long commercial history. of his family in town with The Ironton Tribune. He died on April 10 at the age of 77.

Dr Robert Barnett Jr.
Practicing family dentistry in Ironton for 34 years, he has also contributed to his community through groups such as the Rotary Club and El Hasa Shriners. He died on May 4 at the age of 65.

JD Cyrus
The right tackle for the 1989 Ironton Fighting Tigers Division III State Football team and the offensive lineman for the Marshall 1992 NCAA Division I-AA Football Team Thundering Herd died on June 4 at the age of 49.

Mary lee kennedy
A former member of the Ironton Council, a retired legal assistant in the Lawrence County District Attorney’s Office and a member of the County Republican Central Committee, she died on July 8 at the age of 81.

Paul Wayne Porter Jr.
A native of Ironton and a veteran of the United States Navy, he attended Florida State University, where he played football and received a degree in psychology. adults with addiction. He died on July 20 at the age of 81.

Lawrence Rudmann Sr.
An Ironton who served in the Normandy landings during World War II died on July 21 at the age of 98. A member of the 82nd Airborne, he was a paratrooper in Nazi-occupied France during the Allied landings and spent time there as a prisoner of war.

Charles ping
The 18th president of Ohio University, who ran the school from 1975 to 1994, a key period in the development of its southern campus in Ironton, died on July 27 at the age of 91 in Athens .

Sonny knight
Hillbilly Hot Dogs co-owner passed away on July 29 at the age of 75. With his wife, Sharie, he founded the colorful roadside restaurant Lesage, West Virginia in 1999, which at one point had multiple locations and was featured in national media. , like The Food Network.

Jamie kennedy
Greenup students were devastated when the popular football assistant coach and health teacher died of COVID-19 on August 25. At 49 years old.

Juanita markel
A former Lawrence County Assistant Chief Auditor, she served as secretary of the Lawrence County Commissioners’ Office, Coal Grove Village Clerk and a teacher at Dawson-Bryant School. She died on February 4 at the age of 83.

Robust barker
The retired Korean War veteran and equipment operator Armco was the Honorary Field Marshal of the 2014 Ironton-Lawrence County Memorial Day Parade and was known to be active in his community. He died on October 13 at the age of 92.

Thomas williams
Tributes were paid to a life of service when he passed away on November 15 at the age of 75. A disabled Vietnam veteran, he taught at Open Door Schools, where he started 4-H, the Symmes Valley School District, and Hannon Trace Elementary, where he coached basketball and volleyball. He has also coached Little League, Senior League and Symmes Valley Basketball, was a volunteer firefighter and first responder and member of the Symmes Valley Veterans and Ironton Disabled Veterans Posts.

Ohio State Closes Concessions for Home Events Due to COVID